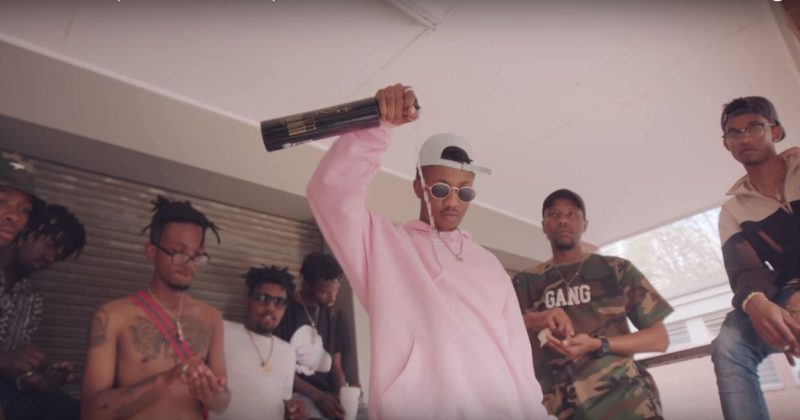 The amount of lives claimed by violence in impoverished communities across the world (often referred to in rap lingo as the ‘streets’) often forces rappers to  they associate the communities they come from to war zones. And though Emtee sang through the pre-released “Ghetto Hero” single off his Manando album, the album still managed to deliver the rap style he’s more known for as well as the street themes he’s loved for. On the album titled track, he grieves the loss of a close friend and his inspiration over a somber piano led number.

In the slums of Africa, a child grows up knowing that they don't have rights anywhere. You're only good for this and that. When you beat the odds and make it regardless , they suspect evil. Be strong African child. One by one we shall reach our destiny and make a better tomorrow for our kids.

His Nas-esque storytelling is one of the album’s highlights as he performs the heartfelt tribute that celebrates the life of his fallen brother—“He Was Real. Wasn’t No Pretender/ Beat Your Whole Squad Up. He Had No Contender”. The recently released video for “Manado” released under Ambitiouz Visuals pushes the tribute further with a cinematic motif that reenacts the life and eventual death of song’s tragic hero.

His emotional ode to his friend who is credited as Nthandoyenkhosi Trevor Moremi already described their relationship and the remorseless violence on the street, but the video captures the compelling sense of loss that may get lost in Emtee’s catchy trap flow. Watch the video for “Manado” below.

ICYMI: Watch Emtee’s video for “Me And You” featuring Tiwa Savage here

0000
Previous Article Actor O.C Ukeje just put out his first single, proving just about anybody can make an Afropop song