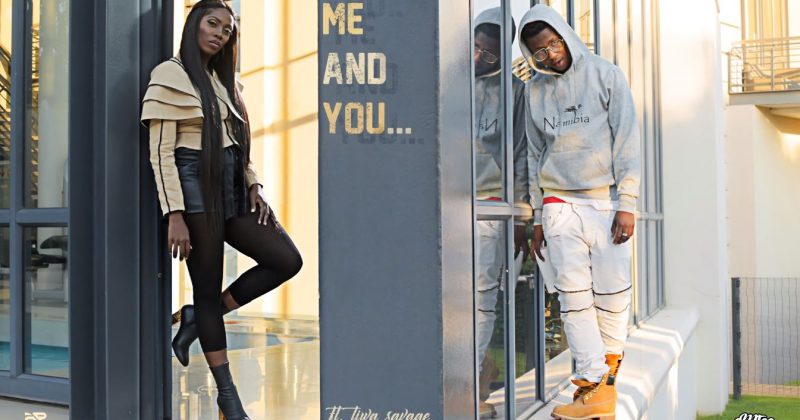 Emtee features Tiwa Savage for new single, “Me And You”

Being a rapper often narrows down the range of subject matters to Hip-hop’s fixations—drugs, violence and braggadocio. Even so, the top acts know that music is the soundtrack of our lives and we all desire to be loved. Perhaps, this is why “Me and You”, brings Emtee and Mavin first lady, Tiwa Savage for this lush celebration of love.

My new single #MeAndYou ft @tiwasavage from my second album is out on iTunes. Link is on my insta story. Let's get'it

Reflecting on love lost over the mid-tempo ballad, Emtee tests his singing voice as he switches from a rough-hew resentment to a falsetto on the hook. Singing, “My Life Too Lit/ You And Your Boyfriend Looking All Stupid”, he’s struggling to remain calm, but a mellow poise and lingering question ;“What Am I Suppose To do?” give him away.

Though Tiwa Savage doesn’t sing the hook on “Me And You”, she doesn’t have to because asides the fact that Emtee already had it covered, her verse was memorable and distinct enough to be just perfect. She brings a feminine perspective to elaborate on the songs premise after lamenting the pitfalls of success, “Its Never Been About The Money”.

While “Me And You” never matches the appeal of Emtee or Tiwa Savage’s solo hits, it’s still a formidable single that melds Emtee’s misty narrative with Tiwa Savage’s distinct heartthrob sound. The single is expected to feature on Emtee’s forthcoming sophomore album Manando. Listen to “Me And You” below.

0000
Previous Article Essentials: C-Kay’s ‘Who The Fuck Is CKay?’ is cute, but it also screams undeserved attention

Next Article Best New Music Special: “Take Me Back” by Simi + “Dirty” by Jesse Jagz