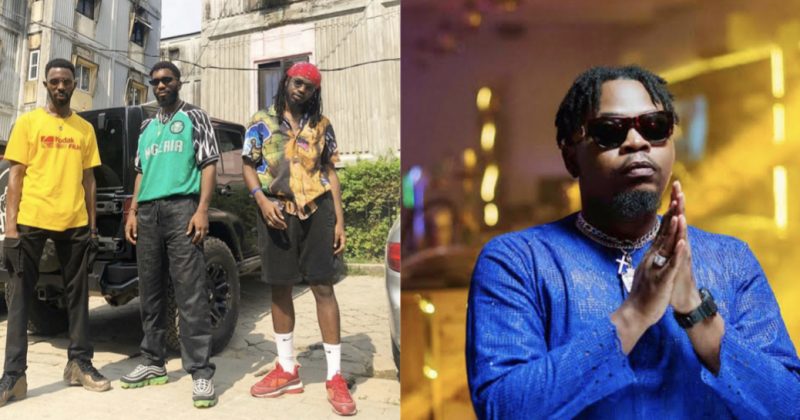 DRB team up with Olamide for new single “Shomo”

In usual DRB fashion, the talented trio have released a new single with next to little roll out preceding its release. With their new single, DRB are tendering to a wider mainstream audience by enlisting YBNL heavyweight, Olamide for upbeat explicit new track “Shomo”.

Over the catchy drum-led beat produced by Pheelz, BOJ stays true to his talent by delivering the catchy hook, while Olamide starts the track by setting its boastful energy, where they sing and rap about their glamorous life filled with enjoyment and women.

Fresh L and Teezee are geared to show off their catchy flows, by delivering the rap verses on the track. ‘Ikoyi to the airport, with the babe I dey export’ Teezee raps, showing just how much fun the trio can get up to.

ICYMI: The DRB Crew are patriotic on new single “Based On”