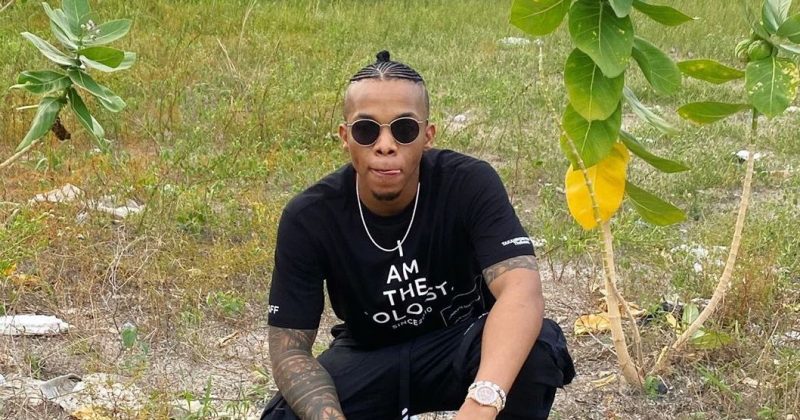 Op Ed: Tekno is actually the voice of our generation

If you come from where I came from – a place with unpaved streets, houses tightly packed against one another, murky drainages containing things you don’t want to know about, all navigated with wide-eyed enthusiasm and barely developed smarts — you dream a lot. You dream about taking your family out of there, being great one way or the other, and having the luxurious life you see on televisions.  You also played football – on the first days of the holidays; immediately you got home from school at 3 or 4 p.m. depending on if you went to a public or private school; you played especially when your mum warned you not to, and you played on even when you hurt your toes playing on the most uncomfortably stony fields.

Later on in life during the holidays, we never missed the early music shows; during school time, we watched what we could and hoped for repeats. There were football breaks at well-defined times which allowed us to watch the shows we loved the most. Galaxy TV at 11 A.M; We almost always missed Lunch Splash on T.V.C. because there was usually no light at that time. Superscreen at 5 P.M; And M.I.T.V at 8 P.M. With dirty feet and sweaty bodies, we sat on couches and settees anyway, because we just couldn’t miss the music at the turn of the decade. All our truths and realities held our gaze as it played directly through the coloured pictures on our screens. If we stretched our hands out, we could grasp these delights on TV – live the life. Boys like me heard ourselves – Gbagada, Bariga, Oworo, Mushin – in Dagrin, Olamide, 9ice, and DJ Zeez. So, we fine-tuned our strategies for getting out. If football didn’t work, music could, and one of the two had to. At-all-at-all-na-im-bad-pass.

I don’t remember the first time I heard the phrase, ‘conscious music’, but for the longest time, there was something about it that made me think of it as purely an idyllic concept. Idyllic was grand when all we wanted, was representation. Where I was raised, the most important thing was also seemingly the simplest thing: to be seen, understood and identified – we didn’t ask for too much. There was also the tiny matter of the music we heard lifting us out of the seemingly mundane life we lived, the lack we breathed. Yet, for every chorus – or every bar – I remember being dished out about girls, butts, and the street culture, there was more to it. Our identity was fused into the words we spoke in an inescapable manner about the economic odds stacked against us. In the most colourful language, we registered our grievances against the government that fostered this divide, cursing and singing, fuck the government.

As we grew older, and understanding broadened, I began to get the point of conscious music. I started to dig that to be conscious is to just speak your truth as closely as it aligns with your identity and with the regularity that it occurs to you.

When I listen to Tekno, I can’t shake the feeling that he played football when his mother told him not to and that he concocted an escape to a better life through his music because it seemed like the dream that was more within grasp. By listening to Tekno, I don’t mean the disyllabic-titled songs like “Pana,” “Diana,” or “Agege” where he sings about love and romance with reckless abandon over syncopated beats. I drown in those when I imagine what it means to be in a spicy love that does not require lots of words – just some cassava.

By listening to Tekno, I mean songs like last year’s “Better (Hope for Africa)” and last Friday’s “Sudden” where he sees and understands of the plight of the people who are several classes below him. By listening to Tekno, I mean plugging into the artist who leans over the divide and inserts himself, fleetingly, in the reality of the average Nigerian, yet still crucially, accepts the liminality of his position however powerful his voice is.

To be a conscious Nigerian musician in 2020, is to open your Pandora box of opinions about pretty much anything that occurs in the public sphere. But commentary is specially reserved for the core politicking and top-level mismanagement and corruption that is so endemic to the country. To keep that position, all you have to do is maintain an audible public persona and, hopefully, curate a connection to the mythical Fela Anikulapo-Kuti – that always helps. There’s also a place for the conscious musician to brusquely insult the average Nigerian for not standing up to their ‘oppressors’ – we’re tired and jaded, read the room – and when that doesn’t work, it seems that it’s okay to maintain a chilly distance and let Nigerians to their doom… or whatever.

When I listen to Tekno get conscious, there is none of the superiority of ideals or stance that characterises traditional Nigerian conscious music. When I say that he’s the greatest conscious musician of our generation I don’t come to that conclusion lightly. I understand that he doesn’t have the all-knowing grasp of politics which protest musicians before him had, or even the repressed miffiness of African China – perhaps not even the refined grasp of the polity that his peers possess, however, Tekno is a human champion unlike any other currently operating at this time.

His music so poignantly captures the human angle of the Nigerian condition, while putting the blame where the people would put it as well: the government. Not once listening to Tekno, have I seen him take an anti-people stance to being woke. Conscious music in Nigeria has loads of that already, so it’s no good blaming us for leaders who choose to shit on their people. There are two types of Nigerian conscious songs: the ones that try to teach but can’t afford to not still put a groove or two into it, leading to the message being drowned out when nubile bodies press against each other at invite-only house parties on the Island; then there is the other sort, made for intense internal monologues about the direction of the motherland and the grave dangers closing in around us.

Tekno’s “Sudden” is the latter, anguishing in execution, made for the people, by the someone who gets people. The fact that it probably won’t chart high is proof that it has done what it is supposed to do. It’s not a song for club revelry (who wants to party in these dreary times?), nor was it made for blaring while hurtling down empty highways. It will play when you want to cry and hear a fellow Nigerian soundtrack your anger. “Dey go do like dem no see say food e no dey oo / Dey go do like dem no see say road e no good oo (just tell me why)/ Dey go do like dem no see say people dey suffer,” Tekno sings on “Better (Hope for Africa).” I’ve barely heard more truthfully uncomplicated lyrics in the last few years. Rich and poor, we ply the same roads; rich and poor, like the Coronavirus has shown us, we are all vulnerable, however, the poor are always the most unprotected, dealt with the short end of the stick and Tekno telling us this has always reminded me someway of the lyrics we concocted while plotting our getaway from calamity in my childhood. Calming truthfulness.

A few months ago, I read a comment on Twitter about current Nigerian musicians not being able to contribute to the intellectual debates of their times like Fela could have during his days. There is a biting truthfulness to this, as much as there is an elephant unavoidably present in the room which has to be acknowledged for any conversation about scholarliness to progress, for many reasons. Because in his days, Fela was exposed to the best education that could possibly be got. Even then, fresh from independence, the thoughts of young Nigerian men and women were not so overwhelmingly focused on where the next meal was coming from. Because when I walk on the streets, hurrying to beat the curfew, I hope that no policeman shoots me down and swears in a court of law that it was an accidental discharge or that I attacked a man of the law meriting the bullet. Because the boys I grew up with probably write ‘Am’ when they mean ‘I’m.’ Existent realities demand corresponding efforts and nobody has time to be an intellectual when their family is at risk or in the line of fire. In this mess, I am grateful for my little blessings and in whatever manner they attempt to confront the problems we face.

We live in a post-post everything society and it’s a constant struggle to remember all the ills we’re confronting, often at the same damn time. These are perilous times, and music is a weapon. Music is the weapon for our collective remembrance; for our communal mourning of the potential that comes to die in Nigeria if you don’t make it out of the ghetto in time; the light in your eyes that dims if you don’t keep your head held high and believe that the sun will shine on the next day – the nights are that dark.

If you work harder, you’ll make it out. Lies. Just ask Tekno, he knows. “If na by hard work poor man go get money,” he casually points out on “Sudden.” Money is an especial matter and when Tekno drearily adds that “40 billion is a nothing for them” we know whom he is referring to even if he won’t name names or cast aspersions. We are seething, and I’m nodding vigorously, in agreement because I recognise the little details of our collective pain, and resignation in this griot’s voice.

When Tekno releases his next song, probably a disyllabic-titled club banger, I understand him. To be the voice of society can be choking, sometimes it is better to dance.

ICYMI: Music is the perfect medicine for cabin fever

ICYMI: Music is the perfect medicine for our cabin fever