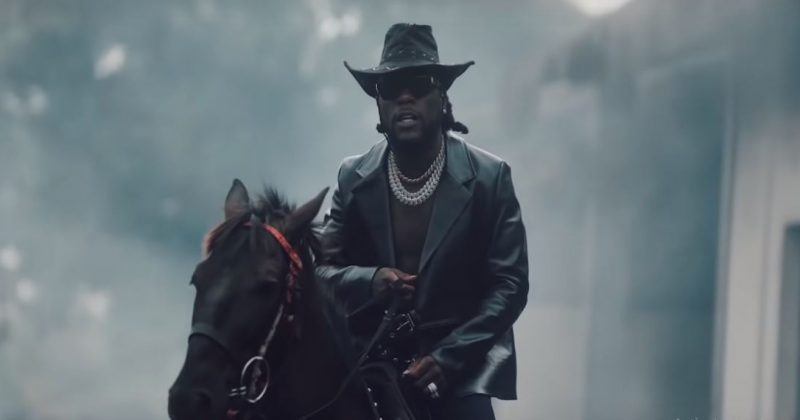 Burna Boy updates “Another Story” with a graphic music video

There are lots of heavy political lessons tucked throughout Burna Boy’s ‘African Gaint’, but “Another Story”, summed up everything wrong with Nigeria. While the country gears towards celebrating 59 years of independence from colonial rule, Burna Boy has taken the opportunity to share the music video for “Another Story”, displaying a graphic depiction of the pain the Nigerian government has caused him and its citizens.

Burna Boy’s knack for channelling the angst of being Nigerian on his songs has made him into a hero, offering anthems everyone can listen to and feel united in the fight for a better living. But “Another Story” explores one of the darker attributes of the Nigerian reality by highlighting the injustice the people have faced from the government. The music video strengths the impact of his emotive sentiments with violent images, seemingly giving commentary on the Biafran war while he’s seen riding on the back of a black horse like one of the ‘Four Horsemen of the Apocalypse’. M.anifest also appears in the music video to perform his rap verse and we see him sitting in traffic which eventually escalates into a violent riot.

Watch the music video for Burna Boy’s “Another Story” below.

ICYMI: Watch the music video for Burna Boy’s “Pull Up”

0000
Previous Article The Shuffle: TY Bello’s “Green Land” is exactly how we should be feeling as a nation