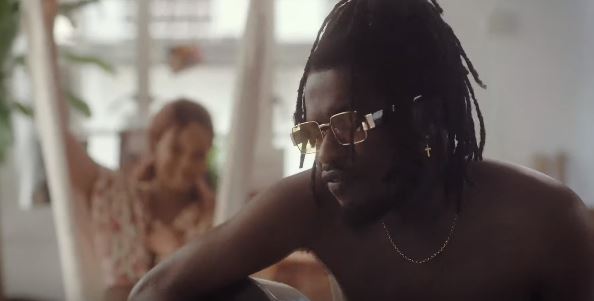 Coming on the heels of his uber-collaborative summer slapper, “Awolowo”, BOJ’s latest single, “Your Love (Mogbe)“ features Afropop superstar Tiwa Savage, and it looks primed to sit on multiple playlists, especially as cuffing season approaches. Between its central, glassy guitar riff, their harmonies and  emotionally vulnerable sentiments evoke emotion with their lyrics, and BOJ and Tiwa Savage pull off a masterpiece in inflecting classic R&B duets tropes.

“If your love ever leave me, mogbe/if your love ever leave me, yawa”, they sing on the hook, with their mushy set gaining even more prominence in the accompanying music video. Directed by DK, BOJ is seen getting cosy with a model who acts as his romantic partner, while Tiwa Savage performs her lyrics on a stairwell, using subtle mannerisms to embellish her act. Colleagues WavyTheCreator and Ajebutter22 also make cameo appearances in the crisp video.

Watch the video for “Your Love (Mogbe)” here.