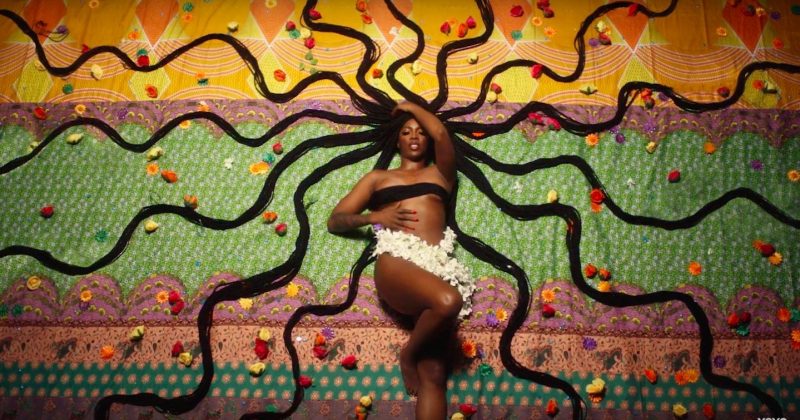 Tiwa Savage has lived up to the Savage in her name countless times, but most memorably through her daring music videos gimmicks. The singer-songwriter has never shied away from owning her body and encouraging women to do the same through her statement fashion choices in her music videos.

Her new single “49-99” is no exception. In the Meji Alabi directed music video, the artist is clad in revealing pieces, showing off her body while dancing on a table full of older men who are ogling at her while she ignores the lustful male gaze and keeps dancing on the table, unapologetically. Other scenes in the music video show the artist nude, only covered by flowers and surrounded by her long hair. Tiwa is the king pin at a boxing competition and while she’s also seen working in a textile factory with other women, who join her in subverting the gender stereotypes with cigarettes being smoked as they work for their pay. The two scenes are juxtaposed as the singer goes from the one calling the shots to having to work to earn her wages.