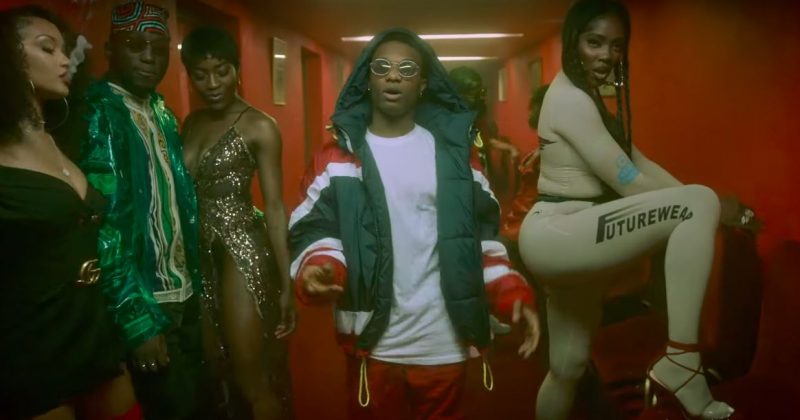 Having played his part in putting Afropop on the world map through his ‘Iyanu’ project that saw him perform at the Glastonbury Festival earlier this year, DJ Spinall is returning with a new single, “Dis Love”, featuring Afropop’s most sensual collaborators, Wizkid and Tiwa Savage. While Tiwa’s “Ma Lo” established the sonic thrill of having Afropop’s ‘baddest’ girl and the Starboy on a song, Wizkid’s cameo in the music video for “Fever” highlighted the sultry appeal of their Bonnie and Clyde narrative.

DJ Spinall shows off his exceptional nose for curating Afropop with “Dis Love”, giving the people just what they want by tapping into the glossy romance of the Afropop stars. The song is a mellow, slow-building conversation around the dancefloor-driven beat Spells produces, mixing traditional drums, percussion harmonies, guitar riffs and some synth samples. With Wizkid inviting “Come make I show you special loving” and Tiwa Savage’s charmingly seductive response, “Kiss me baby make them vex oh”, the two flaunt their captivating melodic vocals and compelling songwriting. The music video Meji Alabi captures the mood of “Dis Love” through the club setting, complete with exotic dancers and DJ Spinall’s signature liquor.

Though the rumours of Tiwa and Wizkid dating is no longer as prevalent as it used to be, it has made sure that every time they collaborate is to be cherished, because they might drop some hints to confirm their status. You can watch the music video below.

ICYMI: Revisit the fan reaction to Tiwa Savage and Wizkid’s on-camera romance in the music video for “Fever”