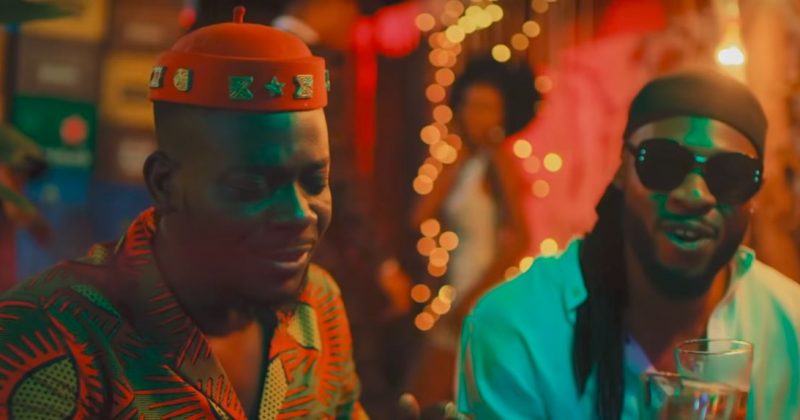 One of the highlights of Adekunle Gold’s music is his ability to fuse indigenous Yoruba tropes with contemporary pop trends. For “Yoyo”, one of the standout tracks from his ‘About 30’ sophomore album, he incorporated an eastern-Nigerian sound that showed his growth as an artist, unafraid to push the boundaries of his sonic experiments. After the guest verse from Flavour already helped situate the sound and style of the dance-driven highlife number, Adekunle Gold has released a music video directed by Aje Filmworks, and it is set at a bar where both artists drink and embody the lightweight sentiments they express on the song.

The music video for “Yoyo” has a retro direction that doesn’t particularly commit to any specific time, with Flavour N’abania spotting a durag, models wearing brightly coloured suits and masquerades dancing among the ravers. Still, with beer bottles in nearly every shot, the video portrays Adekunle Gold’s message that “This Life is Sweet Oh/ Enjoy Everyday like Tomorrow No Dey”.

You can watch the music video for Adekunle Gold and Flavour’s “Yoyo” below.