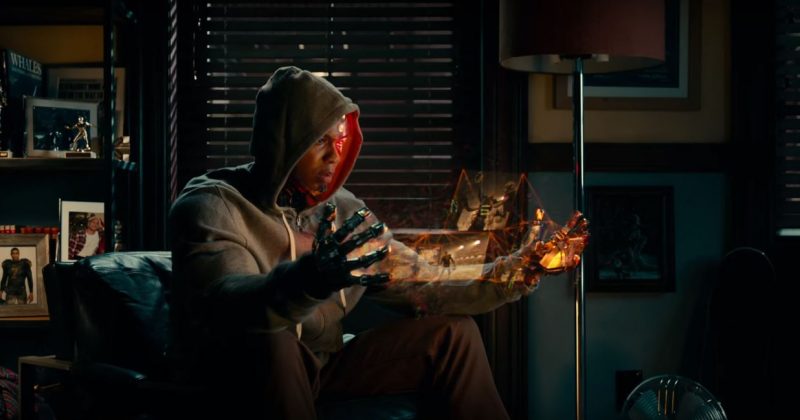 Brands are creeping into pop music so rapidly these days that before long, your favorite songs and music videos might just be adverts. Off Jidenna’s recently released Boomerang EP, the project title track produced by Diplo was among the standouts of the 6-track tape but you wouldn’t guess that from watching the recently released video for the EDM number. Though Jidenna’s presence is only represented through a bubblehead car-ornament, he provides the soundtrack to a dance-off between two stranded passengers in what seems to be an ad for Instagram’s Boomerang plugin.

No one does house music in these parts better than South African DJs and DJ Maphorisa has been around long enough to know the perfect mix to get raves started. He co-produces his latest release, “Midnight Starring” with Destruction Boyz while incorporating vocals DJ Tira, Busiswa and Moonchild who sing of the challenges in today’s communicating channels. Their combination is a joy which this video also brings to light with the neon lights, fancy cars and energetic dance-offs.

Released December last year, Nonso Amadi’s “Radio” told two stories over the guitar led single with tin-pan drum riffs and piano percussion Juls produces. Coming after his crossover hit single, “Tonight”, his lyrics place him in a familiar romantic terrain where he grieves being separated from his love interest. But while he remains charming for the most part, his brags are unmistakable; “I’m In Your Radio/ I’m Always There”. The recently released video Ua. X directs is similarly sly with the aesthetically satisfying retro filter and seemingly random shots. It’s so easy to miss Nonso sending a letter that brightens his love interest’s day with the nonsensical, fragmented narrative, that we’ll wager that it was intentional.

As much as we love to sing along to our favorite pop songs, sometimes the lyrics are so ostentatious we have to check ourselves before a particularly staunch person nearby calls us out on it. This hasn’t stopped anybody though since pop stars usually rely on the illusion of acclaim to market their songs. Music videos also help emphasize their celebrity through the models, blings and everything else the industry thinks you want. However, Richie Benson doesn’t have the label backing or the range to afford a video glamorous enough to backup his flamboyant lyrics on “Stay” released back in August. Featuring TheBlackBoyJohn, “Stay” promised a “Room Full Of Bouquet” and “A New Bugatti” but neither was actualized in the video. We got to see some “Panties Off” though, courtesy of whatever unnamed strip club was featured in the video.

Released a month ago, “Nostalgia” is LSMK’s first single for the year, since debuting with his Lush EP. The single continues his indie-pop affections by utilizing the elements of an autotuned bedroom-seduction and transforming it to a time portal to the “Good Times”. Over the piano led mix of horns and drums mimicking the rhythm of heartbeats that he produces, he references some classic pop singles from artists like Pharrell, Aliyah, J Martins and a few others, wishing everyone would’ve heard and enjoyed them like he did. The video for “Nostalgia” is testament of how resourceful a DIY artist can be as he directs a minimalist and low-budget video set in his studio and taken in one long shot with black and white filters waving in and out of the shot.

DC and Marvel comparisons gets more and more dated with each new DC Comics adapted movie. While Marvel is sure to deliver the laughs with their witty dialogues, DC tends to focus on creating anarchic universes where human morality is stretched to its fine limits. The trailer of “Heroes”, the follow up to “Batman versus Superman” continues their dark fantasy as Batman tries to assemble the Justice League in the wake of Superman’s death. While many expect that Superman will return, the trailer does nothing to confirm that. It however promises a new threat—possibly from aliens—and a looooot of CGI.