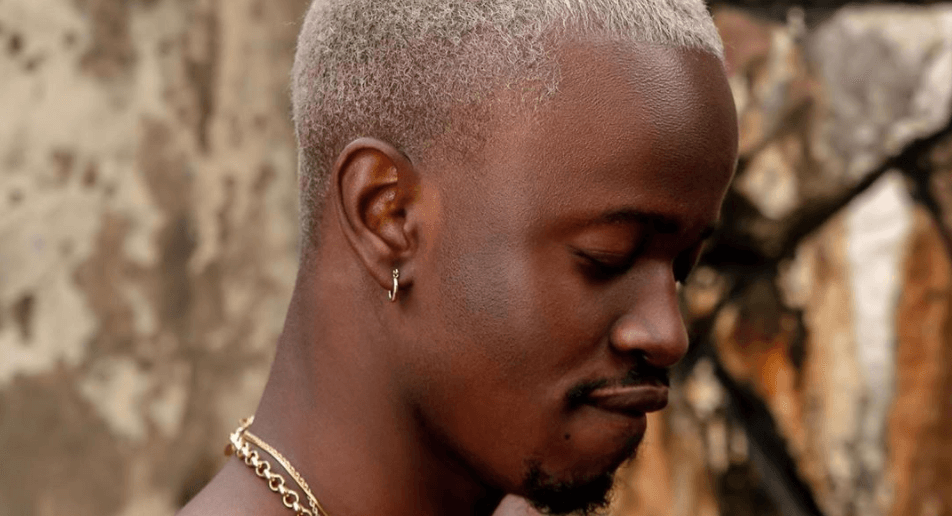 Get to know Mannywellz: 6 essential tracks to prepare you for ‘Mirage’

Highlights from Mannywellz's genre-defying catalogue as we await his promised EP, 'Mirage'

Mannywellz is gearing up to release his forthcoming EP, ‘Mirage‘ on the 9th of October. From the pre-released singles, “Floating”, featuring sister duo, VanJess and the Wale-assisted “A Million”, it’s clear that the America-based Nigerian artist has his eyes set on exploring the intricacies of romance. However, with his previous projects, ‘Wellz’ and ‘SoulFro’ and ‘Meta’, Mannywellz has built up an enviable catalogue of songs that boast his songwriting range and his adept skill at different genres like soul, jazz, R&B and hip-hop, so we’re not counting anything out just yet, but instead preparing for the world of sweet sounds Mannywellz is guaranteed to deliver.

At the age of 9, Mannywellz moved from Nigeria to America, with his mom and siblings, hoping to reach an improved standard of living to the one here; given his accomplishments as a celebrated artist, producer, and Grammy Award-winner for his contribution to John Daversa and the Deferred Action for Childhood Arrivals (DACA)’s jazz album, ‘American Dreamers: Voices of Hope, Music of Freedom’, one could say Wellz’s move served it’s purpose and then some. Considering these achievements, not to mention that he was raised during his formative years in the States, it would be understandable if Mannywellz felt compelled to only make music that pandered to the American audience, but this is not the case. Instead, Mannywellz has remained committed to showing his appreciation for his Nigerian roots, incorporating a distinctly Afro sound into his music and collaborating with Nigerian artists, such as Adekunle Gold, R&B duo, VanJess, and fellow DC-based rap legend, Wale.

Mannywellz’s dedication to his Nigerian roots have proven rewarding; the influence of West-African tastes lends him an eclectic voice that makes his music appealing to audiences all over the world. After all, it was when he shared stages cross-country with the “Classic Man”, Jidenna, as he toured America in 2017, that Mannywellz, one of only two opening acts, first entered the realm of semi-stardom. In the three years since his breakout, Mannywellz has gotten good mileage out of crafting romantic songs or politically inclined numbers, but it is his consistent reflection on his identity makes his music strikingly authentic and shows you don’t have to sacrifice your core beliefs to be recognised.

While we wait for Mannywellz’s promised project, to prepare you for the impending, ‘Mirage‘, we’re taking a look back into Mannywellz’s catalogue, sharing the six key songs that highlight the diverse sound, introspective songwriting and successful career trajectory of Mannywellz.

When Mannywellz debuted ‘Wellz’ in 2014, he introduced the world to his genre-bending sound as he rapped and sang over different instrumentals. His introspective songwriting was also highlighted on the standout track, “Dreams”, where he narrates his struggle to reach his ambitious goals. Saying “Don’t let the reaper find a reason to take my soul/Cause there’s so much more to me than these things I hold/ Forgive my soul and erase my history”, “Dreams” reflects on the sacrifices we make while on our path to better living. The deeply vulnerable lyrics, inspired by personal experience, also hint that Mannywellz lives his raps, a strong characteristic to flaunt on his introductory work.

It’s fair to assume that everyone wishes for a better life, but when you’re born into a third world country, like Nigeria, that’s the default sentiment. It’s hardly a surprise that Mannywellz’s family felt compelled to leave Nigeria in search of the American dream, as it is portrayed ever so gloriously in the Hollywood movies and pop songs that entertain us. On “American Dream”, Mannywellz details how he ended up in America despite having very little say in the matter. When the song was released on his SoundCloud in 2017, he confessed that it was recorded as a freestyle writing in the Soundcloud caption, “This Freestyle Is So Rough That The Second Verse Is Just Gibberish”. Yet, his words still convey Mannywellz’s unimpressed impression of the American dream over a somber piano-led instrumental with acoustic guitar licks and backup choir melodies. The song reveals that Manny wasn’t as excited about the migration as his parents. Given the recent attention to racial injustice sparked by the Minneapolis police’s killing of George Floyd, it cannot be understated the difficulty of growing up a black man, in the so-called ‘Land of the Free’.

Individuality is a reoccurring theme in Mannywellz’s music, but on “Watermelon”, off of the pre-released singles from his sophomore project, ‘SoulFro‘, he showed that he also appreciates the unifying quality of stereotypes that help us identify with our society, while still celebrating the complicity of our individual experiences. The song focuses on the happiness brought on by good food as he uses stereotypical black people meals; “Watermelon, Chicken and Rice” as metaphors for favours done by friends. The umbrella message of the song is that he’s ready to forgive those that betrayed him in the past, “As Long As [They] Bring [Him] That Watermelon” , his positive outlook in line with the thumping beats that depict a good time with friends.

MannyWellz grew up in the DMV (District of Columbia, Maryland, Virginia) – the same place MMG rapper, Wale was discovered. Last year, the two teamed up for “Love and Loyalty”, one of the highlights from Wale’s 2019 tape, ‘Wow… That’s Crazy’ as they showed off the groovy appeal of vintage music from their home country, Nigeria. Produced by Sángo, the beat is a hybrid of hip-hop drums and highlife guitar harmonies, while both artists perform charming sets aiming to convince their love interest of their unwavering commitment. Mannywellz’s melodic hook in Nigerian pidgin English makes for a pleasant listening experience that elevates the album cut and develops Wale’s heartthrob status.

Despite MannyWellz’s obvious passion for Nigeria, he’s yet to score a hit song that resonates with the mainstream audience in Nigeria. However, it’s not for lack of trying, as he tapped Adekunle Gold, one of the more outstanding talents from the Nigerian music scene, on his track, “Yeoo”. “Yeoo” was original released as one of the tracks from MannyWellz’s ‘SoulFro’ tape, but additional vocals from Adekunle Gold were added for a remix as the two teamed up to sing about their desire for the freedom, peace, and love that wealth affords.

“Ti mo ba lowo(If I had money)/ Ara mi a bale( I’d be at peace)/ We just want to be free/We just need love”, they sing in a mix of English and their indigenous Yoruba dialect before going on to acknowledge that happiness is beyond material possessions. The drums and electric guitars are set to faster tempo for the Adekunle Gold remix, switching the track up from head shake music to a feel-good summery bop.

Though he’s certainly not considered a gospel artist – he explores edgy themes outside the Christian music genre – Mannywellz he has shown he wouldn’t hesitate to deliver a spiritually inspired message in his verses, if he feels so inclined. Mannywellz has made no secret of his faith in God, and “Imperfection”, off his latest tape, ‘Meta’, blurs the lines between the romantic love expressed on secular music and the divine love that inspires gospel artists.

Saying “I know that you like what you see/ I know that you like what I give to you, oh God/ Nothing but love/ love and affection/ Cause me, oh God, I’m flawed, but you still love my imperfection”, his lyrics can be heard as flirtatious confessions or religious worship, depending on the ears listening. It takes remarkable skill to pull off that level of double entendre and Mannywellz handles it expertly with his sweetly melodic voice riding the R&B harmonies of the beat.