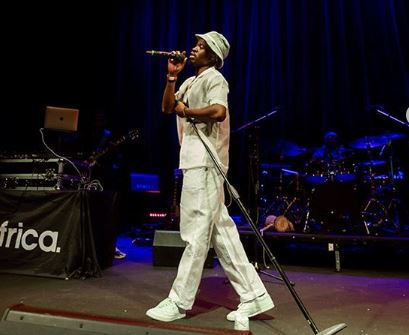 At the dual core of Mannywellz’ music is his migration at an early age, and a compulsive inventiveness to wholesomely represent his cross-Atlantic influences. In January of last year, the Maryland, U.S.-based singer/songwriter/producer put out his sophomore EP, ‘SoulFro’, a career defining tape that features compelling writing to reflect his experiences and perspective, and a distinctive merge of plump African grooves and contemporary hip-hop sounds.

After closing out 2018 with the September remix for one of the project’s cuts, “Yeoo”, with a guest feature from Adekunle Gold, Manny opened this year with “Soul on Fire” in May, and has now followed up with a quick new tape, ‘META’. Symbolically, the project title translates to ‘Three’ from Yoruba, also representing his third project and the number of songs present on the tape. In usual fashion, ‘META’ coins in on his composite instrumental arrangements, propelled by sunny piano harmonies and Afro-Juju inspired rhythms.

Although it is thematically lightweight, with Manny cycling through a brief range of romance-fueled topics, his writing carries a lived-in aura, which is paired with his rustic tenor to give the three songs equal levels of substance. While he vindictively rues a toxic ex from a recently ended relationship on opening track “No More”, things take a brighter turn on next track “Philosophy”, where he declares his mushy credo in relation with being in a loving relationship. Final song, “Imperfections”, is buoyed by the patter of talking drums, perfectly accompanying lyrics that come across as an affectionate renewal of vows.

ICYMI: READ OUR ESSENTIALS PIECE FOR JIDENNA’S ’85 TO AFRICA’