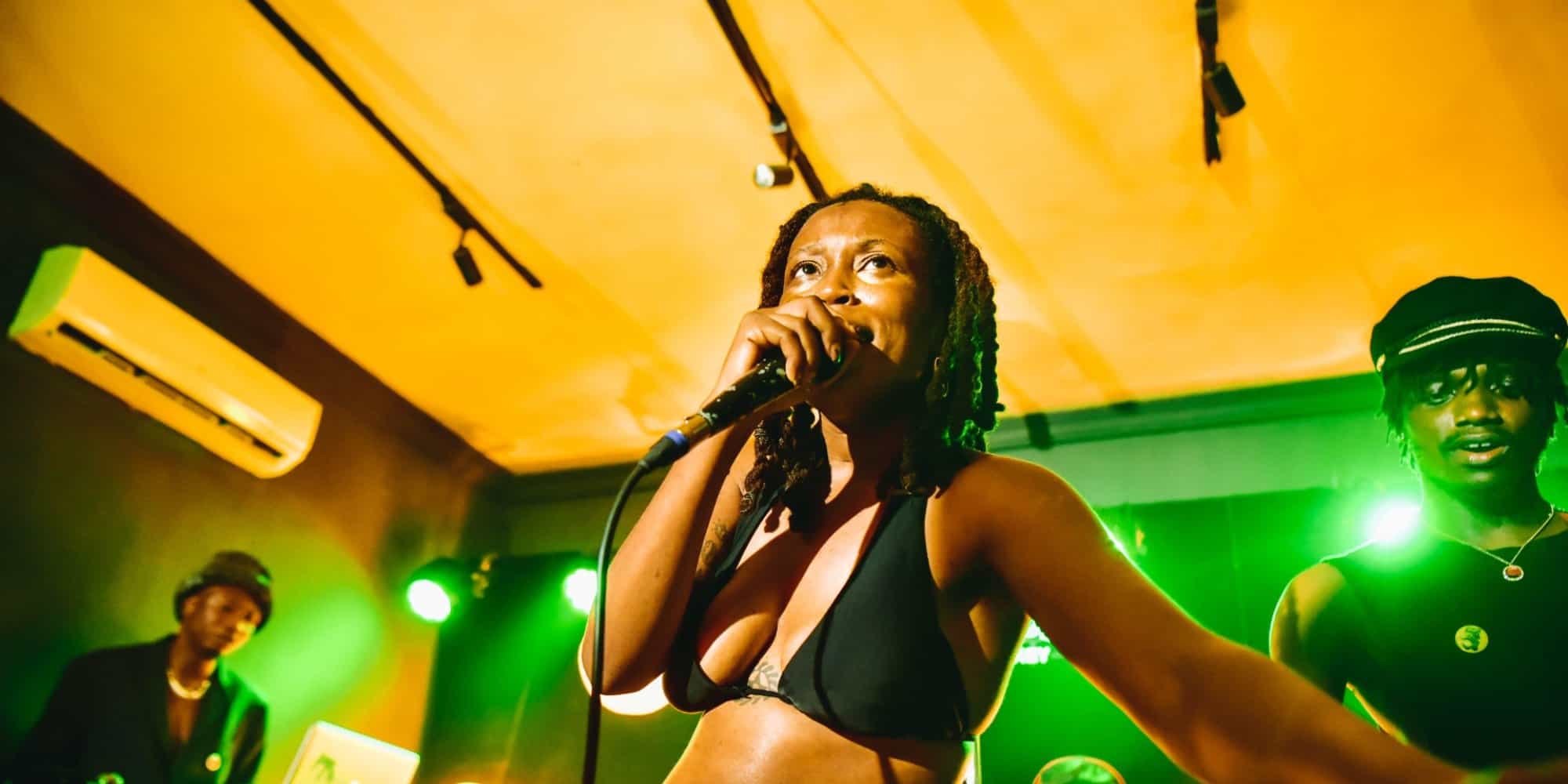 Lady Donli’s WILD SESSIONS is where to be this weekend

After a brief hiatus this year, Lady Donli’s reappearing act has shown that she’s not skipped a beat. The self-proclaimed pan-African rockstar returned with a new EP, ‘W I L D’, a bubbly tape that played along a wide thematic spectrum that includes introspection, lascivious fun and emotional honesty. The EP also added a fresh gloss on Donli’s already eclectic sound choices, adding a more modern—but no less experimental—sheen to the retro-inspired aesthetics of her beloved 2019 debut album, ‘Enjoy Your Life’.

Since resurfacing, she’s also gotten back into the swing of things as a performer. She has built credibility as an electrifying live act, after years of working on that side of her craft. Donli’s live shows since the EYL era are always viscerally exciting and she’s already doubling down on that track record. Shortly after the release of ‘W I L D’, she performed a headlining set at Beeriga in mainland Lagos, while supporting Afrobeat heir apparent Made Kuti at his debut headlining concert. About a week ago, she announced that she would be embarking on a series of live events in support of the new EP, with the first instalment scheduled for this Saturday, September 18.

Presented by digital microfinance bank, Kuda Bank, this edition of the WILD Sessions is set to take place at The Free Me Space, Lekki, Lagos. Yesterday, Donli unveiled the supporting cast for the live show, an all-women cast that includes Ayra Starr, Liya and Wavy the Creator. In the announcement boots, Donli calls up the three ladies to playfully brainstorm nominal ideas for a supposed super-group comprising all four artists. It’s quite the heart-warming announcement, one which sets a tone of camaraderie that’s increasingly popular amongst the women in Nigerian pop music today.

Pitting women against each other was the norm in years past, however, the current set of female artists are side-stepping that toxic tradition, and WILD Sessions (Vol. 1) is symbolic of women championing women. The line-up features two independent artists and two artists signed to powerhouse label, each making uniquely varying strands of music. This Lady Donli-led show will, amongst other things, serve to reiterate the diversity and wide array of women currently making great music; and with Donli setting the tone, expect a great live show. If you’re not there, you’re square; if you snooze, you lose. Insert any other corny quip about missing out on a great event—just be at WILD Sessions (Vol. 1).

FOR THE GIRLS: BUNMI AGUSTO, THE ARTIST BEHIND THE SURREAL ‘ESCAPE TO WITHIN’