Everybody wanna switch up on you when you lit

“Try to get rich, I ain’t hearing shit”

DAP The Contract just completed both the London and Paris leg of his Everybody Falls tour this past week. The rapper has been on the road for a minute, yet he still finds time to make Contract Thursdays, his ongoing weekly music release series.

This week’s offering is a track titled “Switch”, an up-tempo bop where DAP raps about fake affiliations. “Everybody wanna switch up on you when you lit”, he raps, diluting his usual self-assured flow in verses about his wins and the effect it has on those around him. 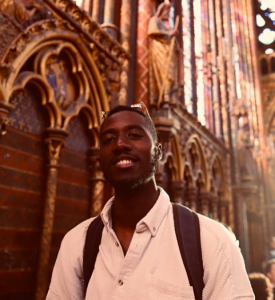 The track also features singer, Elena, who adds hypnotic melodies to the song, “You were never there till I was flying high” she sings, referring to her success as an antidote. DAP also directs and edits the 1-minute teaser for “Switch”, featuring a rolling reel of distorted colourful images of him bobbing to the music.