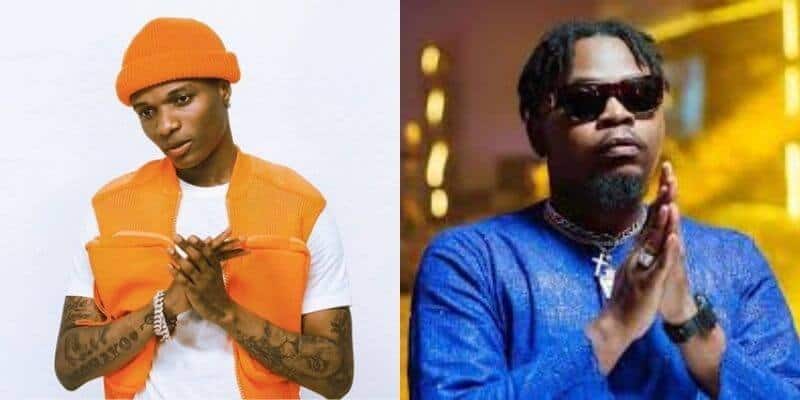 Wizkid, Olamide & more call for the Federal Government to #EndSARS

Yesterday, the internet erupted in condemnation of the Special Anti-Robbery Squad, an arm of the Nigerian Police Force commonly referred to as SARS. Outraged by the alleged shooting and killing of a young man in Delta State by SARS, Twitter users began sharing their experiences of victimisation by the corrupt police force, in a worryingly familiar outcry.

SARS just shot a young boy dead at Ughelli, Delta state as we speak. In front of Wetland hotels. They left him for dead on the road side and drove away with the deceased Lexus jeep.

From stories of killings to illegal arrests, torture, extortion and harassment, SARS, instead of protecting the citizens as is their duty, have consistently wreaked tremendous havoc on Nigerian people, particularly the youth, and left us genuinely unsafe. The terror of SARS has been years long and rampant. In 2016, a researcher for Amnesty International’s Nigerian arm, Damian Ugwu found that “the callous workings of a police squad operating outside of the law and inflicting daily brutality on Nigerians who are often legally powerless to defend themselves against criminal accusations, let alone from the torture meted out by SARS.”

Yesterday and today’s demand for reform to #EndSARS, from social media users has been amplified by voices from our musician celebrities, including Dremo, who put our pain into a song, Olamide, WurlD, Don Jazzy, Johnny Drille, Mr Eazi, Naira Marley and more, all seemingly following the example set by Wizkid, who chastised Buhari for paying attention to US President Trump’s health, whilst police brutality plagued his country.

Donald trump is not your business!
Old man! Police/Sarz still killing
Nigerian youth on a daily! Do something!
Nothing concern u for America!
Face your country !! https://t.co/thxmoYb7VE

Though The Federal Republic of Nigeria purports to be a democracy, the Nigerian people are pretty much powerless. Our government rarely ever take note of our protests, demands or advocacy. It is commonly understood that for any change to happen, it has to come from the voice of societal elites, such as other notable politicians or public figures of influence.

To see that our musicians are using their privilege to impart good is an admirable sight and one that we encourage them to continue doing. In June, when stories of gender-based violence broke, we were pleased to see celebrities stand up for the rights of Nigerian women, though it was disappointing that a double standard emerged when it came time to denounce their colleagues who had been accused of violence against women. Still, in the age of the Internet, we are seeing celebrities all over the world use their voice to demand justice, and having that here at home is especially powerful.

The Nigerian government have proven many times that the voices of everyday citizens are irrelevant to them, especially the youth who’s demands are never respected. Their statement of action released this afternoon is just further evidence of the fact that only when celebrities within their orbit begin to speak up, the change we have, for so long, appealed for will be taken into consideration. Announcing that “routine patrols and other conventional low-risk duties – stop and search duties, checkpoints, mounting of roadblocks, traffic check, etc” have hereby been prohibited, the Federal Government have also “warned the Tactical Squads against the invasion of the privacy of citizens particularly through indiscriminate and unauthorised search of mobile phones, laptops and other smart devices”. Promising to arrest and investigate corrupt SARS officials who have abused their power, this statement indicates that our Government has been listening and will finally begin to act on dismantling the abusive system of oppression that is SARS. With that being said, promises of reform have been made before to no avail, so we’re not celebrating just yet. Not until we once and for all #EndSARS

Mr Governor! I met with you December 2019! You expressed how proud you
are of the entertainment industry and all we do. Pls do something let’s be proud of you too abeg ! #Endsars!! https://t.co/PZoxsSIx5D

#EndSars
Every young person isn’t a criminal. I’ve experienced SARS brutality many times and got out lucky, not every other person was as lucky. #EndSarsNow pic.twitter.com/QaDQ5NTrNY

Dear Nigerian leaders, we need Police reform laws urgently. It’s been 15 years since the killing of the #ApoSix and our young men and women are still being harassed by those who should protect us. #EndSARS

If y’all want me to lead D protest I will lead but just know that they will send me to kirikiri prison this time.

#EndSARS Don’t reform or rebrand or repackage! We are tired

Police brutality is sky rocketing by the day And the nigeria gov. Is not deaf nor blind, they see all the trends and tag along with whichever one they like. You don’t have to like this one to do right thing. The hashtags are becoming tiring. The people are sick of it.

#endsarsnow !!!! If we all come together as brothers and sisters and also as citizens of this country we can end this Nonsense!! pic.twitter.com/TP2JazmETg

Next Article AV Club: Why ‘Oloture’ is more than a story, it’s real life