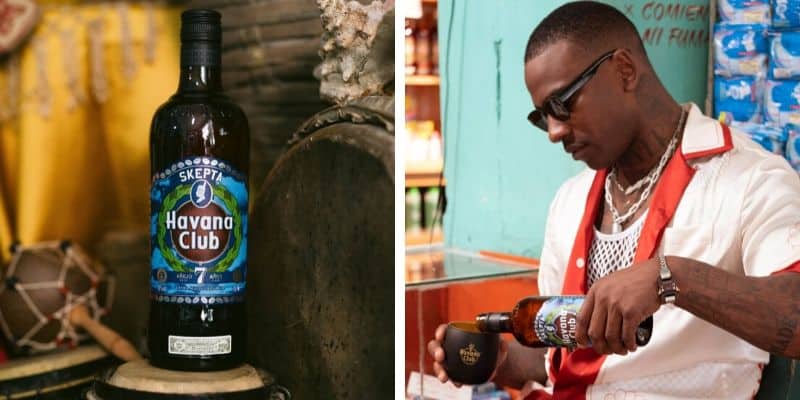 Over the past few years, UK rap legend, Skepta has made it a personal mission to reconnect with his Nigerian roots – more specifically, his Yoruba roots. In 2018, the man born Joseph Junior Adenuga was ordained “Amuludun of Odo-Aje”, a chieftaincy title conferred upon him in his parents’ hometown in Ogun state. It was a marker of Skepta’s unreserved embrace of a previously unexplored side of his identity.

Beyond imbibing it and bragging about it—“Big chief Skeppy and I answer to no one”—Skepta is finding wholesome ways to project the peculiarities of a culture he clearly appreciates. A few days ago, Skepta launched a limited edition rum bottle in collaboration with one of the world’s leading rum producers, Havana Club. The announcement came with a promotional video that offers some insight into Skepta’s trip to Cuba—where Havana Club operates from—and the profound effect of encountering the outward display of Yoruba culture and vibrant practice of Yoruba religion on the island country.

If the short video feels slightly ephemeral, Skepta leaves a lasting imprint of the trip on the label that graces his Havana Club bottle. The label is a bold representation of Yoruba culture passed through the lens of Santeria, a religion that champions the ideals of Yoruba traditional worship, even though it was formed under the circumstances of the trans-Atlantic slave trade. Santeria, which translates to “worship of the saints”, was synthesised through the syncretism between Yoruba Deities (Orisas) and Catholic Saints, ensuring that Yoruba traditional worship survived through Roman Catholic scrutiny and western feshitisation.

Today, Santeria is thriving on a large scale in island nations like Cuba and Puerto Rico, as well as in countries like Brazil and Mexico. Identifying with Aché—Santeria’s community-based concept of the universal energy behind all things—the label on the Skepta x Havana Club collab is packed with significant imagery, a meticulous design that’s rooted in the connection between Santeria and Yoruba culture. Here, we take a look at the elements that come together to form the striking and deeply symbolic image on the label. 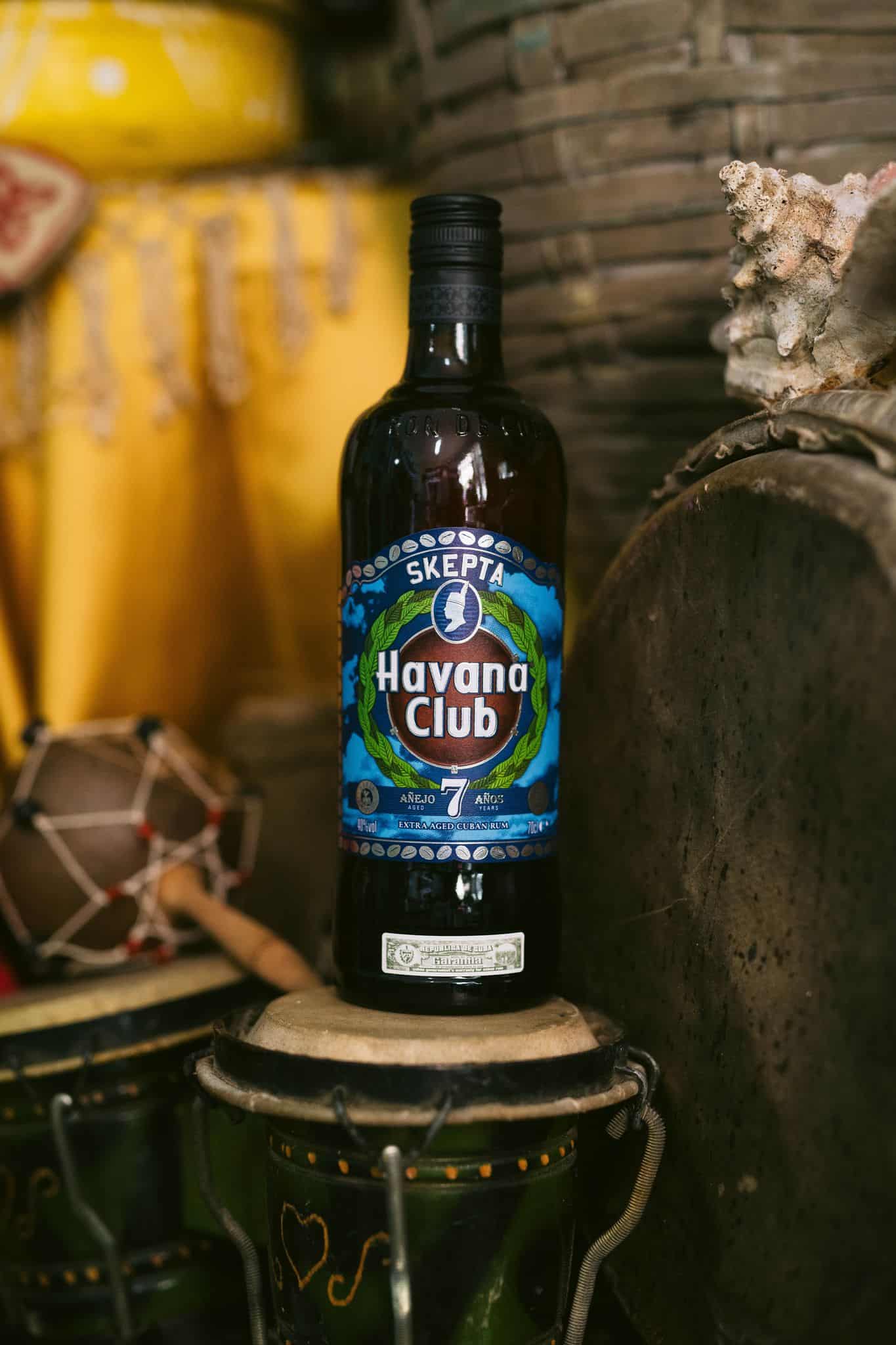 The blue background on the label is designed to look like the texture of the sky. In Yoruba religion, the sky represents the demarcation, as well as the meeting point, between earth and the spiritual realm where the Deities reside.

In addition to their use as apparatus for divination, cowrie shells are found on the statues of Elegua, the deity in charge of roads in Santeria. It is believed that he’s the keeper of the Aché, and the keys to the past, present and future are in his possession. A link of cowrie shells forms the outer boundary on the label, a symbol of Elegua’s overarching presence.

Oshun, the river goddess, is regarded as one of the most powerful deities in traditional Yoruba worship. In Santeria, specifically, she’s regarded as the Orisa in charge of protecting and bringing blessings to the orí (head) of worshippers. Ewe Oshun (Oshun’s leaves) are used in Yoruba rituals, and on the label, they are bunched together within the cowry boundary in the form of a wreath.

Within the bounds of the Ewe Oshun wreath, there’s a multi-layered ring fashioned into the shape of the top of a conga drum, a nod to the percussion instrument’s popularity in Cuban and African music—especially Yoruba folk. The conga drum in this case, also serves as a nod to Skepta’s prowess as a rapper and music producer.

Bordering the Ewe Oshun wreath and Conga drum circle is an oval, with a silhouette of Skepta wearing a traditional cap reserved for chiefs. It’s a clear nod to Chief Skepta’s status as Yoruba royalty, however, for extra detail, the oval’s texture contains horizontal lines inspired by the güiro, a percussion instrument with parallel stripes carved across the surface of hollow gourd.

Thoughtfully stitched together, the label on the Skepta x Havana Club 7 bottle adds a substantial layer of meaning that goes beyond a commercial partnership, tastefully exhibiting Skepta’s connection to his Yoruba roots, as well as Havana Club’s dedication to its immediate Cuban society and other local communities. Skeptarum is being sold behind the counter in UK corner stores, while the bottle is available in other countries through e-commerce platforms.

0000
Previous Article A Cocktail of Violence: Southern Kaduna is More Than a Hashtag