Skeptarum is now a thing, Praise the Lord.

When it comes to rum production, anybody who knows anything about anything knows that the Caribbean is where it’s at. Skepta clearly knows a thing or two, as he’s recently teamed up with one of leading rum producers worldwide, Cuba’s very own Havana Club.

A while ago, Skepta graced the shores of Cuba in a well-documented trip, thanks to the keen lens of Stephen Tayo. Though now, pictures of the colourful and immersive journey through Cuba have expired on the artists meticulously managed IG page, a more lasting product of Skepta’s visit has emerged: A limited-edition bottle of Havana Club 7 designed in collaboration with the global grime legend, Skepta.

Ordained Amuludun of Odo Aje, Ogun State, the London-born grime star has spent his more recent years imbibing Yoruba culture in a bid to wholly reconnect to his Nigerian roots. Regardless of the fact that Skepta grew up slightly removed from Nigeria, being born and raised in England, the Chief still embraces his Yoruba heritage. This is something he has in common with the generations of Cubans who have kept Yoruba customs, religion and tradition alive in the centuries since their predecessors were captured from the motherland and enslaved.

A concept dubbed aché in the Santeria religion – the idea of a sacred creative bond that fashions divine-human connections – is the cornerstone of this collaboration between Skepta and one of the pillars of Cuban society, Havana Club.

At the time, slaves were forced to practice the religion of their masters (which was often Roman Catholicism), the syncretism between the Yoruba Orisa and the Catholic Saints allowed the slaves to practice their own worship in secret. Centuries later, traditional Yoruba religion is thriving in the new world today, which is in great contrast to its decline where it originated from in west Africa.

Not only was Skepta enamoured by the prevalence of Yoruba culture in Cuba, he was also inspired by the joyful industrial spirit that characterises the unwavering sense of community felt throughout Cuba. This same spirit of togetherness runs deep within Skepta’s creative circle in London, it’s also championed in Nigerian youth culture, which Skepta has become more and more attuned to over the past 4 years. 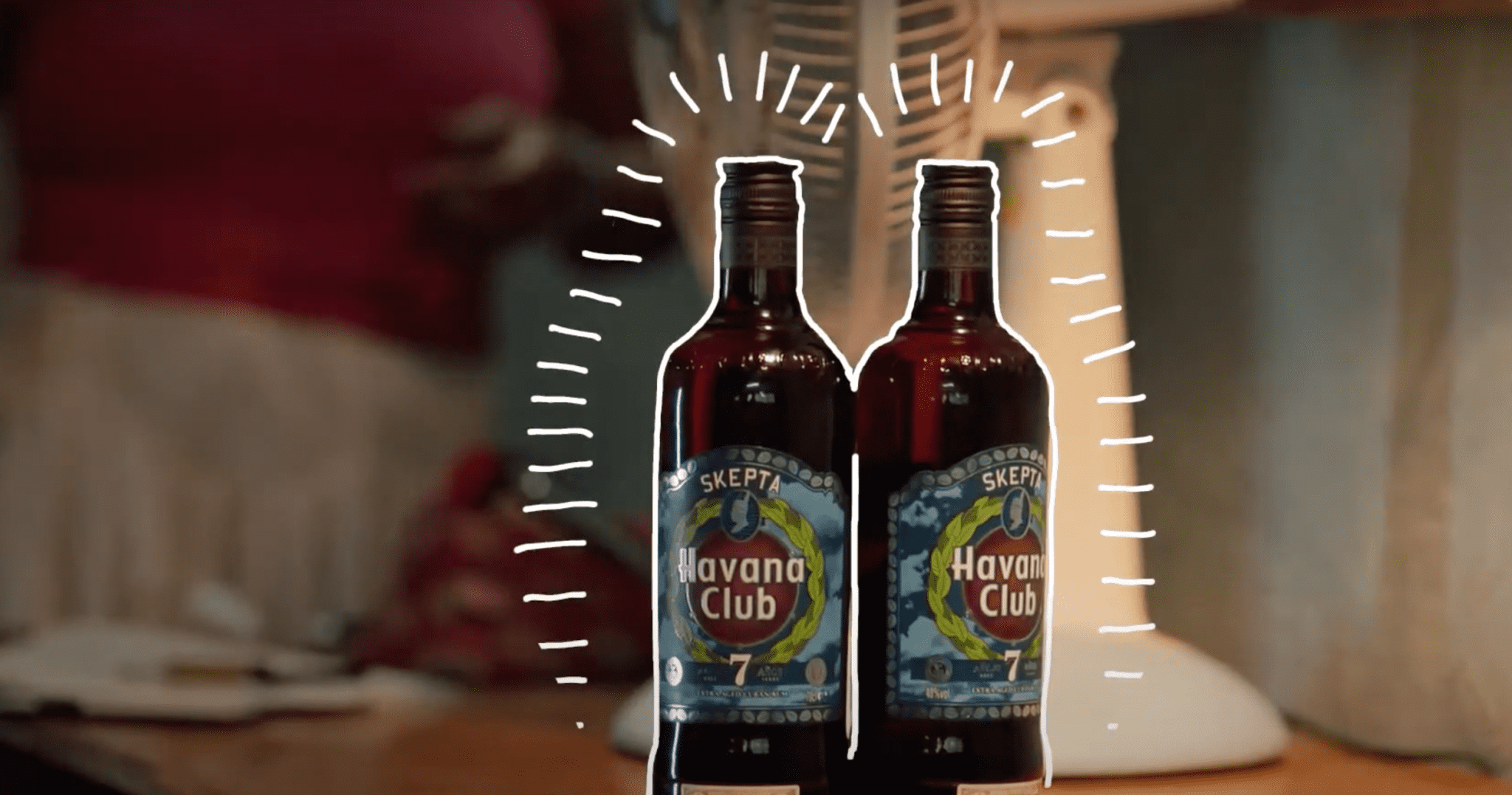 Arriving behind the counter exclusively at UK corner stores on July 1 (in other countries the bottle will be available via e-commerce platforms), the Skepta x Havana Club bottle is dedicated to the local community. Conscious of the global unrest in retaliation to the rampant and persisting racial inequalities all over the world, Havana Club is determined to do their part in uplifting marginalised populations by supporting local businesses and connecting with local people in a less commercial more meaningful way.

A toast to the global creative community, the Skepta x Havana club bottle illustrates the power of aché: “community and togetherness keep us strong”.

Next Article Kabza De Small’s ‘I Am the King of Amapiano: Sweet & Dust’ is a creative landmark for Amapiano