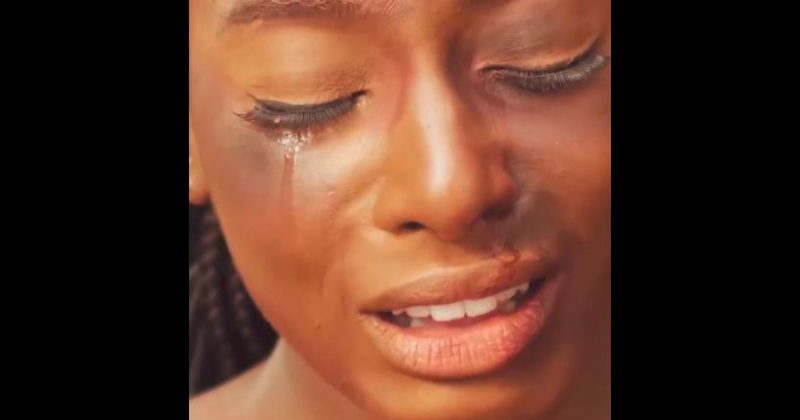 Shola Fapson’s “I Got Flowers Today” short-film has a powerful message, but shoddy execution

Once upon a time, movies, music and even tweets were escapist fares designed to take you away from your troubles and paint a rosy picture of the world. But since the #MeToo movement became a viral trend, social causes have sipped pop-culture and become an ever-present theme, subtext or marketing tool if you’re a more cynical type.

Yesterday, Dorcas Shola Fapson shared a poetic and thought-provoking short film, “I Got Flowers Today” on her social media platform and got thousands of likes and retweets within the first 24-hours of its release. The film addresses abusive relationships, telling the graphic tale of how much lover’s violent impulses cost from the 6-feet depth of the grave. Her poignant performance, narrating tearfully is made even more compelling by the video where she and supporting act, Mawuli Gavor, play out some of the traumatic scenes of the abuse that leads to her character’s death.

While “I Got Flowers Today” offers a hard-hitting reality check for abusive relationships, it doesn’t quite put enough emphasis on cautioning or reprimanding the actual abusers. In fact, it almost seems to absolve them of the crime of murder; “I guess he’s sorry though cause I got these flowers today”.

Unsurprisingly, “I Got Flowers Today” has been trailed with mixed reactions since the video surfaced online. Perhaps a sustainable legacy for the flick would be spawned conversations around cautioning men from harmful and abusive behaviours. It’s great that she’s using her platform to share compelling work, imploring victims to take steps—no matter how small—that can save their lives from abuse, or even death. But the backlash for “I Got Flowers Today” is a cautionary lesson many storytellers can take a cue from; in the face of sensitive topics, execution is just as important as messaging.

You can watch “I Got Flowers Today” below.