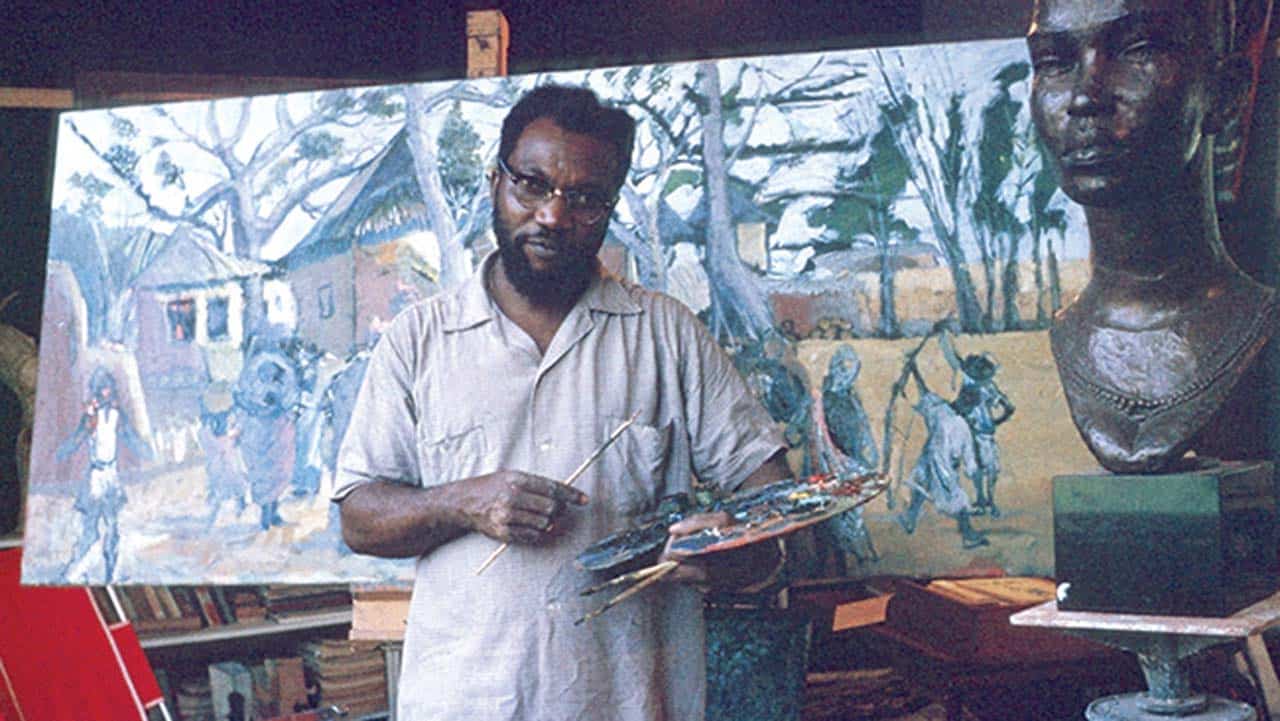 Ben Enwonwu’s resentment of the ‘African Art’ tag as an understatement of his work hasn’t stopped his legacy from enjoying international spotlight. His “Tutu” paintings—a three piece portrait of Ile-Ife’s Princess Adetutu Ademiluyi—which went missing after his death in 1994 was recovered in London a few weeks ago and put up for sale by an anonymous Nigerian family said to have inherited the painting from their father.

Yesterday, “Tutu” featured in the Bonhams “African Now” auction in Lagos and London and surpassed the initially estimated sale value of £300,000 when it was eventually bought for a record sum of £1,205,000. The recovery and sale of “Tutu” is being celebrated as a win for African art and the modernist movement of the 20th century. Bonham’s director of modern African art, Giles Peppiatt who had given the estimate value might have to reevaluate his expectations of art from Africa from now on.