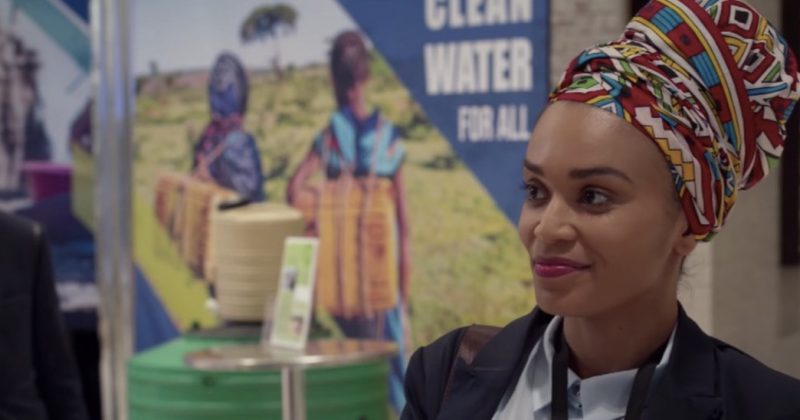 For a while now, Netflix has been expanding into the African market by acquiring an expansive catalogue of African films from Genevieve Nnaji’s directorial debut ‘Lionheart’ to French-Senegalese director, Mati Diop’s award winning ‘Atlantics’.

Last year, Netflix announced it’s plan to acquire and release original series from Africa, created by Africans and it seems like at the top of that list is Kagiso Lediga’s ‘Queen Sono’, its first-ever original series from the continent.  The series is an action-packed set starring South African star, Pearl Thusi as a James Bond-like operative who tackles dangerous missions while dealing with personal challenges from the relationships in her life.

The trailer for the upcoming series was released yesterday, and features an impressive soundtrack created by some of South Africa’s budding talents, like Sho Madjzoi, newly-signed Sauti Sol group and Black Motion. From the look of the action packed trailer, we can be sure to expect an equally bubbly soundtrack. The first season of ‘Queen Sono’ will be available to stream on Netflix from February 28.

Watch the trailer for ‘Queen Sono’ below.