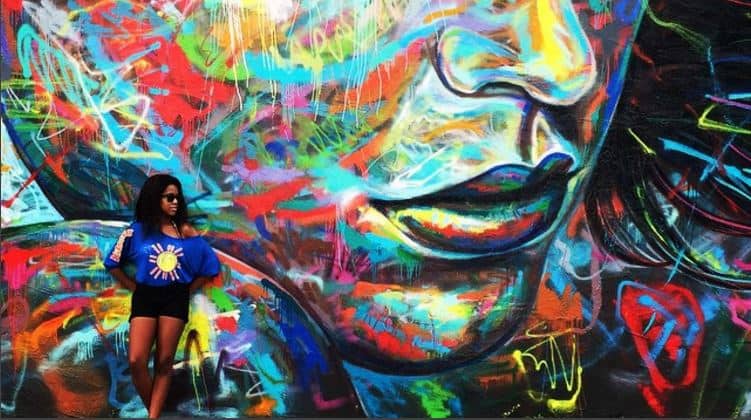 “Children of Blood and Bone”, the first of a trilogy has been described as “‘Avatar: The Last Airbender’ meets Black Lives Matter”. What we know of the story so far is minimal but it’s focused on Zélie, a girl who at six years old watched the king’s guards hang her mother on a tree outside her home. Set in a kingdom where dark skin is loathed because of the magic inherent to the Orishans (who are dark skinned), Zélie sets off on a quest to end the senseless violence and oppression by the lighter-skinned royal class. Danger lurks in this west-African inspired world, where lionnaires and cheetanaires roam, and the beautiful villages built over oceans, out of sand or forged in iron hide a dark underbelly of slavery and corruption.

On the “Pitch Wars” conversation Tomi had on Brenda-Drake.com last September, the novel was further described as follows: “From the West African-inspired world, to Tomi’s painstakingly layered characters, and her ability to crush you with heart-shattering *FEELS* bombs… how she uses magic and the monarchy to illuminate privilege and connect with Black Lives Matter… is nothing short of ingenious!”

In addition, Tomi’s bio on her official website states why she wrote the book. “I want a little black girl to pick up my book one day and see herself as the star. I want her to know that she’s beautiful and she matters and she can have a crazy, magical adventure even if an ignorant part of the world tells her she can never be Hermione Granger. I want to give something to the world that I feel I missed out on as a child, and I want to help people of all races, ethnicities, and orientations understand that no matter what differences we may think we have, everyone is a human and everyone deserves to be respected and valued. I also write because I refuse to believe I will never have any magical powers and if I keep writing YA Fantasy I can keep that delusion up.”

In a remarkable pair of deals for a debut author, Fox 2000’s preemptive acquisition of Children of Blood and Bone, landed at or near a seven-figure sum and a publishing deal. Temple Hill’s Marty Bowen and Wyck Godfrey are producing the Fox 2000 film adaptation with Karen Rosenfelt. So far, there’s no news about when the novel “Children of Blood and Bone” will hit the bookstores but it’d be published by Henry Holt Books for Young Readers.