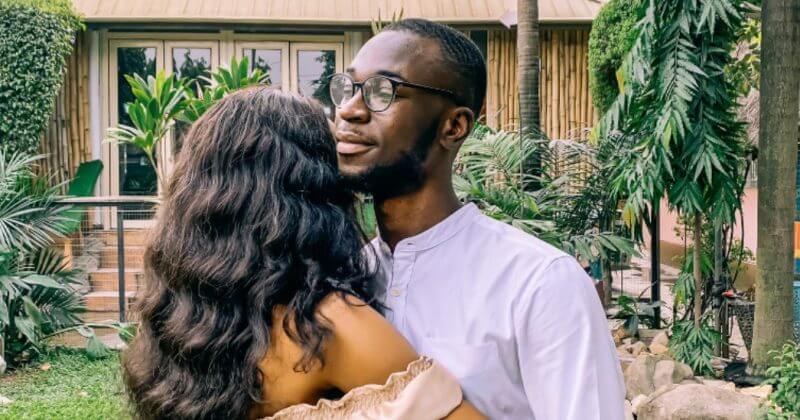 Nigerians are dying en masse, and it appears that this is the doing of the very people whose job it is to ensure it doesn’t happen in the first place. For the past week, peaceful protestors against SARS and the extrajudicial killings of innocent Nigerians have been under the threat of attack from either policemen or allegedly sponsored thugs, and it all came to a dark peak this Tuesday, when the Nigerian military opened fire on peaceful protestors following a state imposed curfew in Lagos. This led to the death of over 12 lives, as reported by Amnesty International leaving several others injured and in critical condition.

Social media has provided close proximity to the pain of others, regardless of how near or far away we are,  as we’ve watched people lose their lives in real-time over Instagram Live and recorded videos shared on social media. One of such victims is young tech designer Oke Obi-Enadhuze who died yesterday at Mafoluku, Oshodi.

We had forever to go Oke 😭❤️💔 pic.twitter.com/PmU54PTM2g

The whole state has been in civil unrest for the past two days, with several accounts of killings, lootings and robberies rife. The city has been on lockdown since, while it becomes more and more unsafe to merely be alive. Reports of bullets flying through civilians roofs in the comfort of their own homes has become commonplace, and it has come to a point where people’s homes are being invaded and even more innocent people are being killed.

Oke is one of such people, who was abiding to the rules of the Lagos State government as they allegedly restore the city to order, yet, his life was still taken in his own home. According to a Twitter thread by Oke’s brother, Oke died by injuries sustained from a knife attack in his Oshodi home, as he was trying to hold off men ransacking the property.

Though there was initially speculation about the perpetrators of the attack, Oke’s girlfriend Derin, who has very publicly expressed her pain at the loss of her significant other, corroborated his brother’s story.

“The police station at Makinde [Oshodi] was attacked by thugs who wanted to destroy the station, I and my mom and brother were holed up in our house, The attack went on for hours before the thugs eventually breached the police and proceeded to set the station on fire, after accomplishing this they set their sights to the barracks and began the assault, they proceeded to destroy every car in the barracks, my mom’s 2 cars where destroyed and set on fire and then they infiltrated our house by breaking the door. they then proceeded to ransack the house and carted away with everything we own, my brother on trying to get them to take everything but spare us was pushed to my mom’s room and stabbed on the neck, the attacker then proceeded to attack me but missed my neck…We were finally able to put him in a wheelbarrow and took him to a hospital where he was rejected because “he was already dead” unfazed we moved him to another hospital where he met the same treatment this was where he bled his last drops of blood and died, his body has now been moved to a morgue…”

The family is now crowdfunding for resources to help them rebuild their lives after losing everything in the attack. You can donate to the Obi-Enadhuze family here.

Tweet Me Your Experiences On Protest Grounds Around The Country @tamimak_

0010
Previous Article ICYMI: Here are the takeaways from Buhari’s address to the nation

Next Article For Us By Us: This is what the Feminist Coalition’s role in our society is