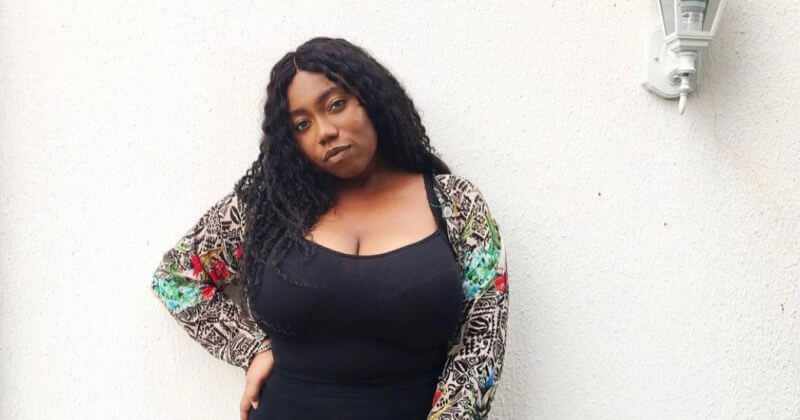 Nigerian artist, King Mimz shares an account of her time in police custody

All week, peaceful protesters in the country’s capital city, Abuja have been attacked by the Nigerian police who have used every weapon in their arsenal to derail the efforts of protesters demanding better from their police and government. We have watched in real-time how viral videos of the atrocious happenings in Abuja have been shared on social media, detailing the brutal use of force on Nigerian citizens by those tasked to protect and serve them.

It is important to note that these people who have been attacked are regular Nigerians just like you and I. We’ve heard accounts from Treasure Nduka and Oxlade’s manager, Ojah Bee, and now, a young up-and-coming artist, King Mimz has recently shared the brutality she faced at the hands of the Nigerian police.

Hi everyone.. these are the injuries that were inflicted on me by the Nigerian police force in Abuja for protesting peacefully. It is important to me to share my story because the world needs to know what the police is doing to protesters in Nigeria. Keep up the fight. Don’t back down! We will not be silenced! ✊🏾✊🏾✊🏾✊🏾 #sarsmustend #sarsmustendnow #swatmustend #swatmustgo #sarsbrutality

Now, the capital city has banned the gathering of protesters for any peaceful protests, claiming that these large gatherings are a threat to lives due to the ongoing global pandemic. But these efforts to curb the spread of the virus aren’t quite holding water, since the announcement that schools and NYSC camps across the nation can now open highlighting that the government’s aim isn’t to protect citizens from COVID-19 but to stop the ongoing protests at all costs.

But no matter what tools this current administration employs to curb the peaceful demonstrations, we will never forget how the Nigerian police force has attacked, injured, and unlawfully detained young Nigerians in the past week. Among those who have been brutalised by the police, an artist and songwriter, King Mimz was one of those who suffered wounds at the hands of the police, detailing how they beat her with bats for daring to join the protests, desperate to make an example of her.

“We locked hands together and knelt/sat in front of them. We had been there all of 2 minutes when teargas flew in from multiple directions. Everyone ran. I was at the forefront of the protest so I had to run through the teargas and some got into my eye. I hid behind a wall to wash my face so I could see properly before I continued running. When I heard some men yelling at me in the distance. They took my phone (till today I don’t know where my phone is). 7 policemen beat me with a baseball bat and thick tree branches. They beat me like I was a criminal while a female policewoman stood by. They asked me what I was doing protesting and they asked me who paid me. Their leader proceeded to tell them to stomp on everything in my bag and destroy everything.. Nothing in my bag was left undestroyed. They put me in a VIO pickup and threatened to take me and some other girls they had rounded up to their “office”. IDK what made them change their minds but they told us to get out and run while beating us like animals”.

Tweet me your experiences on protest grounds around the country @tamimak_