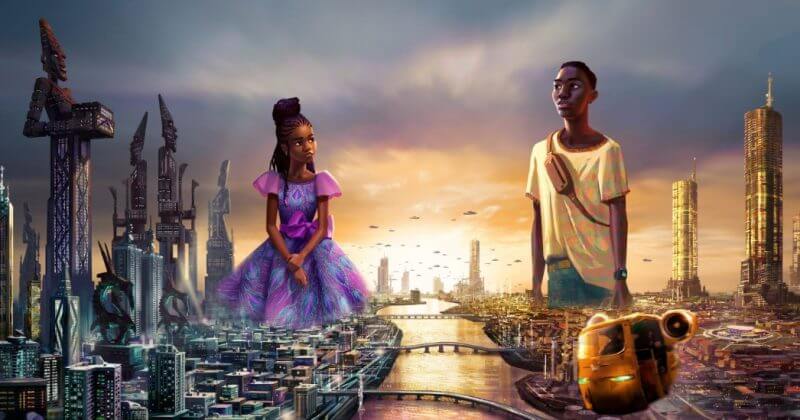 Disney Plus is set to launch sci-fi series set in Lagos, Iwaju

Following 2019’s successful animation remake ‘The Lion King’, Disney Plus is making plans to invest in more authentic African storytelling. The media giant has just announced its plans to launch an animated all-new African original series coming to the streaming platform in 2022. The series is a first-of-its-kind collaboration between Walt Disney Animation Studios and a Pan-African comic book entertainment company named Kugali which is run by Nigerian founders Tolu Olowofoyeku, Ziki Nelson, and Hamid Ibrahim.

The series titled ‘Iwájú’, which roughly translates as “The Future” in Yoruba, is a sci-fi story to be set in Lagos, Nigeria. One of the first of its kind, the series will highlight poignant West African stories told through animation and comic-book format, and will partner with an African start-up to bring the story to life. ‘Iwájú’ is set to explore deep themes of class, innocence, and challenging the status quo, which is very important at a time of reckoning where continued police brutality and corruption of the government birthed a movement that forced most young Nigerians to find their voice.

It’s been a struggle keeping this a secret but now that they’ve announced it, una no go hear word. My startup @Kugalimedia is making an animated series with Walt Disney Animation Studios! https://t.co/vS7IRwIBHu

Although the series is set for release in 2022, Disney’s successful past forays into African storytelling including award-winning film ‘Black Panther’, Beyoncé’s ‘Black is King’ suggest that ‘Iwájú’ promises to be unmissable moment. In addition to more representation, the series will also further cement the talent of African creatives on a global scale. With the series set to delve into such rich themes and it’s setting in Lagos, a city renowned for the fervour and hard work of its people, we can’t wait to see what a reimagined animated future without class divide could look like through African lenses.

Speaking about the forthcoming series, one of the-founders of Kigali, Ziki Nelson shared that

“This show will combine Disney’s magic and animation expertise with Kugali’s fire and storytelling authenticity. Iwájú represents a personal childhood dream of mine to tell my story and that of my people.”

ICYMI: Presenting the official trailer for ‘The Satchel’