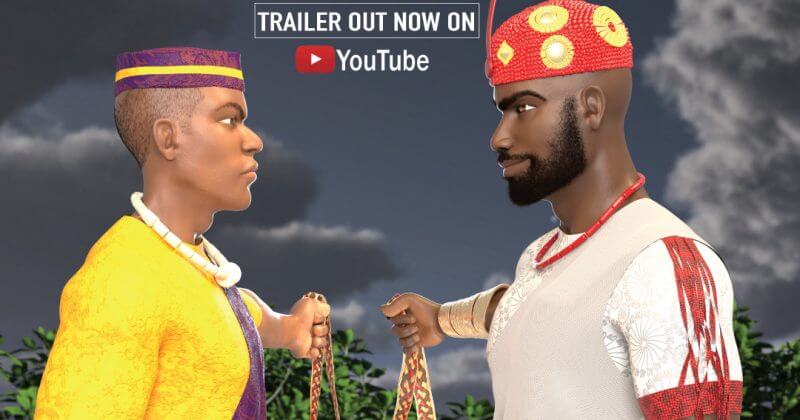 Presenting the official trailer for “The Satchel”

As a young millennial Nigerian, everything I know about religion is through the lens of Christianity, which is mostly a direct consequence of colonialism, which almost successfully wiped out our African traditional religions. Even though we’ve now gained independence, most people still tend to demonise African traditions or have no knowledge about them. While we can see that the Western celebrate their roman and greek mythos by spreading the legends of Zeus, Poseidon and the likes, Ifa and other African deities rarely get recognised for their many heroic exploits.

Fortunately, Creele Animation Studios is set to change that with their debut production, “The Satchel”, a 3D animated movie adapted from the Yoruba historical myths of the earth’s creation. The trailer hints at an action-packed drama as we see the children of Olodumare (the supreme ruler), Obatala and Oduduwa locked in a fierce battle for who gets to use the all-powerful Satchel to create a new kingdom. We also catch Odudua and his queen sharing a romantic moment that suggests a wholesome narration of the historic Yoruba folklore.

The studio had this to say when they spoke with NATIVE; “At Creele, we are focused on portraying the creative brilliance of Africa by telling authentic and inclusive stories of our people and culture, primarily using animated motion pictures with sounds of the best quality, innovatively and uniquely for families around the world. Our sights are set on showcasing a new kind of creative innovation in the entertainment industry, as well as across the technological and social spaces. We hope to capture the ears, eyes and hearts of all people, delivering a truly “Creele” experience.”

Created by Taeps Animation Studios and Creele Animation Studios, “The Satchel” was directed by Nissi Ogulu and written by Jimi Oremule while Adeoyin Okuboyejo and Ayobami Bello join the crew of producers. The 3D art will encourage the younger generation to see and appreciate their African traditions as the film intends to portray the beauty of African culture, lifestyle and music in the concept, character designs, scenes, visual screenplay, art and music direction. However, with the rich African themes, it is suitable for all age groups as it draws a strong connection to home.

You can watch the trailer for “The Satchel” below.

ICYMI: How Nollywood film, “Who’s The Boss” is representing the mordern Nigerian woman