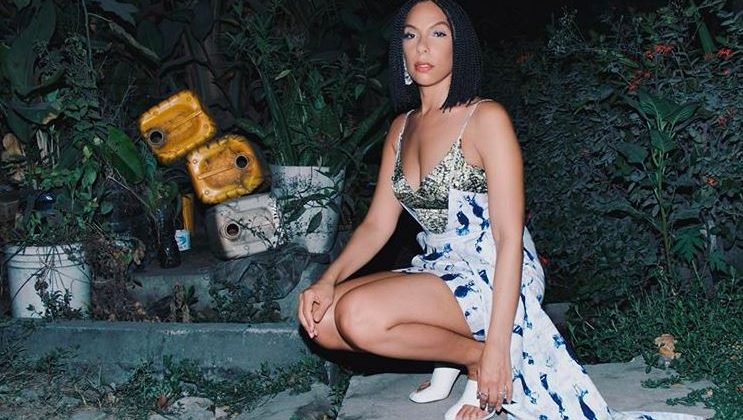 Where were you: Daniel Kaluuya and Melina Matsoukas in Nigeria for “Queen and Slim” premiere

Los Angeles is currently home to the biggest film industry, but the glamour of Hollywood is incomplete without a global narrative. The success of Marvel’s ‘Black Panther’ sparked a renewed sense of excitement for exploring black and African culture in cinema, and Melina Matsoukas’ movie debut, ‘Queen and Slim’ leans into the black Americans’ experience with police brutality. However, her inclusion of Africa on the film’s promotional tour expands the film’s scope further as a vehicle for culture, education, leisure and propaganda.

The first screening of “Queen and Slim” in Nigeria happens on the 15th of February and the movie’s star, Daniel Kaluuya and the director, Melina Matsoukas, are present. The pair look slightly worn-out from their long trip down to Lagos but they keep their wits as they respond to questions from the guests at the press conference BWL set up ahead of the movie’s screening at the Filmhouse Cinema in Landmark.

Security lets in only a select few media houses into a living room where Daniel Kaluuya and Melina Matsoukas sit surrounded by the lights from the camera crew and mics that record everything they said. They offer everyone who makes eye contact a smile but they seem particularly pleased to see the media. “Oh good. Cause print is where it’s at”, Melina says when the NATIVE is introduced as a print publication.

David Kaluuya smiles as he answers our questions in a calm conversational tone. “I love carnivals”, he says in response to a question about how he likes to pass time. “I watch African movies on TV but the reality is you can watch the whole film and not know the name. You’re just enjoying it”, he says to admit his limited exposure to pop culture from Africa. No one is surprised when he mentions Burna Boy as one of his favourite artists. The singer performed at Coachella last year and collaborated with international stars like Drake and Lily Allen, before his ‘African Giant’ album got nominated for the Best World Album category of the 2020 Grammys. His Fela inspired soundtrack for “Queen and Slim”, “My Money, My Baby” was also one of the high-points of the film.

Melina and Daniel share a cordial chemistry, laughing as they bounce thoughts off of each other as they describe their involvement with bringing “Queen and Slim” to life, from the creative processes, costume selections and soundtrack selections. Melina is particularly vocal about the soundtrack and it’s no surprise given her background as a music video director. “I believe greatly in the power of storytelling through music. I also believe in connecting the elements we all have as black people”, she says before going on to confirm that she’s a big fan of Fela and Burna Boy.

Super honoured to be on the soundtrack for the movie QUEEN AND SLIM. Go download it now!! 🦍 prod by @bennycassette

Melina tells us she already made plans to see Seun Kuti’s performance at Fela’s Shrine on Sunday. It was starting to become apparent that for her, this trip to Africa was more than just a press run. Africa is effectively on the map; a marketplace attractive enough for a $44 million dollar grossing film and a place to seek inspiration for authentic African stories. Including Africa on the promotional tour is geared to push “Queen and Slim” to cult-classic status.

Daniel and Melina are at the cinema before the film is screened. They give a brief speech to thank Nigeria for hosting before the lights go out and we strap in for the black American tributing film.