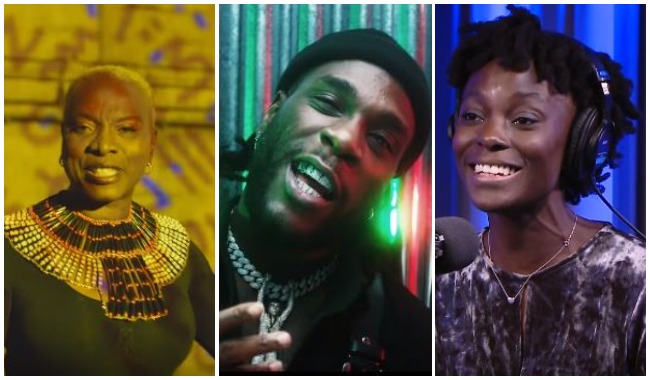 On January 26, the Grammy Awards will return for its 62nd edition, and as usual, it should be a night of glitz, glamour and controversy. These days, the Recording Academy’s claim that the Grammys is the biggest night in music is very debatable, but the award show still holds a high value, due to the prestige artists and audiences have attached to a Grammy win.

This year, Nigerians have even more reason to pay attention to the Grammys, after Burna Boy’s well-deserved nomination was announced late last year. ‘African Giant’, the afrofusion singer’s fourth studio album, is up for Best World Music Album.

Created in 1992, this category is aimed to recognise international performers primarily making “non-Western” styles of music, heavily influenced by indigenous elements. Despite criticism about the gentrified term “World Music”, and the category’s sonic ambiguity in relation to the other genre-specific fields, it has remained a mainstay and was even briefly split to Best Traditional World Music Album and Best Contemporary World Music Album between 2004 and 2011.

African Giant is Grammy Nominated!
Its been a crazy day so Grateful
Special S/o to everyone on the album from the producers to co producers to featured Artists to Engineers.
I appreciate all your input to making the album. We should all be very proud#grammys  #GRAMMYNoms pic.twitter.com/b0XGlOUbok

The other nominees in the World Music category for this year’s ceremony are Angelique Kidjo, Dutch-Turkish band Altin Gün, Haitian-American artist Natalie Joachim, and multi-national super-group Bokante. While the overwhelming majority of music listeners on this side of the Atlantic is rooting for Burna Boy to win the gilded gramophone, it would be a disservice if we don’t give the other nominated albums a listening chance. Also, the Grammys often nominate worthwhile projects in this category, giving us extra incentive to check the music out.

Below is a primer on the four albums, describing what we heard as well as brief insights into the backstories behind each nominated LP.

The legendary Angelique Kidjo has spent almost four decades delivering some of the best and greatest music to come out of Africa. Her latest studio album, ‘Celia’, is dedicated to Celia Cruz, the singer widely regarded as the Queen of Salsa. On the 10-song project, Ms. Kidjo brings the African influences of Celia Cruz’s music to the forefront, ingeniously reinterpreting some of the singer’s biggest songs.

Ms. Kidjo’s fascination with Celia Cruz started after seeing the Queen of Salsa perform during her African tour in 1974. Their connection goes even deeper because they were both exiled away from their home countries as a result of political unrest—Cruz left her native Cuba in the early ‘60s during Fidel Castro’s revolution, and Ms. Kidjo was forced relocate to Paris in 1983 by a Marxist-Leninist regime. Assisted by musicians like Afrobeat co-progenitor Tony Allen, singer/bassist Meshell Ndegeocello and saxophonist Shabaka Hutchings, ‘Celia’ is a stunning ode to its titular character, as well as a reminder that all Black people are interconnected through our struggles and our music.

Ms. Kidjo is a familiar winner of the Best World Music Album, being one of three artists to pick up two wins in the category—or three if you count her win for Best Contemporary World Music Album in 2008. A win this year could see her make history.

If Kevin Parker was influenced by Turkish psychedelic folk music rather than American psychedelic pop/rock, Tame Impala’s music would most likely sound like that of Altin Gün. The neo-psychedelic band was founded by Dutch bassist Jasper Verhulst, after he became entranced by Turkish music from the ‘60s and ‘70s while touring as a band member for Dutch alternative singer Jacco Gardener. He added Ben Rider and Nico Masukovic, two other members from Jacco Gardener’s band, while Merve Daşdemir and Erdinç Ecevit joined in after Verhulst put out a call for Turkish musicians.

‘Gece’ is Altin Gün’s sophomore album and it was released just a year after they debuted with the 2018 album, ‘On’. Where their debut mainly paid homage to the classic Turkish standards that informed the formation of the band, their follow-up LP blows up revivalist image into something more daring and a bit more difficult to classify. While they continue to reprise traditional Turkish material—mostly that of legendary singer Neşet Ertaş for ‘Gece’—they incorporate hard rock, funk and the occasional spurts of EDM, while the psych-folk origin of their earlier work served as anchor to keep the album from being scattered. With Merve Daşdemir being the only Turkish-born member of the band—Erdinç Ecevit has Turkish roots—Altin Gün and ‘Gece’ reinforce the fact that timeless music is universal and it will always inspire future generations.

‘Fanm d’Ayiti’, translating into ‘Women of Haiti’, is the first featured solo album of flutist, composer and vocalist, Nathalie Joachim. The Brooklyn born, Haitian-American artist has an extensive résumé in the world of classical music, and she’s also the co-founder of urban art pop duo, Flutronix. While she’s been commissioned to compose music for vocal artists, dance and interdisciplinary theatre, ‘Fanm d’Ayiti’ is her coming out party to those unfamiliar to her as a classical artist, and she uses the moment to immortalize the iconic but underappreciated women of Haitian music, while also offering us a glimpse into her Haitian heritage.

On the 11-track project, Nathalie Joachim offers a mix of original songs and re-arrangement of classics by Haitian women musicians. The result is music that is warm and deeply moving. Chicago’s Spektral Quartet play a prominent role on ‘Fanm d’Ayiti’, performing the enthralling string sections and setting the ambient mood for Nathalie Joachim’s electroacoustic compositions. In addition to her radiant vocals, the project also features vocals from the girls’ choir of her family’s home village to add colour and more authenticity. There are also interludes featuring some of the best-known Haitian women singers and activists, like Emerante de Pradines and Carole Demesmin.

Formed by Michael League, bassist and leader of Jazz-Funk band Snarky Puppy, Bokanté is nine-person super-group, comprising eight members from five countries and four different continents. During a stint in Montreal, Canada, League was inspired to form the multi-ethnic collective after hearing the voice of Malika Tirolien, a singer from the Island of Guadeloupe. Bokanté released their debut album, ‘Strange Circles’, in 2017, showcasing an expansively influenced sound that melds Blues, Caribbean folk and Jazz.

On their second album, ‘What Heat’, released in September 2018, Bokanté continue to flaunt their multi-cultural palette, but this time they add sweeping quality to their sound by working with highly acclaimed conductor Jules Beckley and Grammy-winning orchestra/big band jazz outfit, Metropole Orkest. Malika Tiriolien takes centre stage with her powerful vocals, singing about socially relevant topics like forced migration and womanhood, in Creole and French. Even if you don’t understand a word she sings, her wide-ranging voice is quite the evocative tool, and the maximalist sounds supplied by her band member and Metropole Orkest joins in making ‘What Heat’ a sonic masterpiece that is all-together riveting.

ICYMI: THE GRAMMYS IS NO LONGER THE ‘BIGGEST NIGHT IN MUSIC’