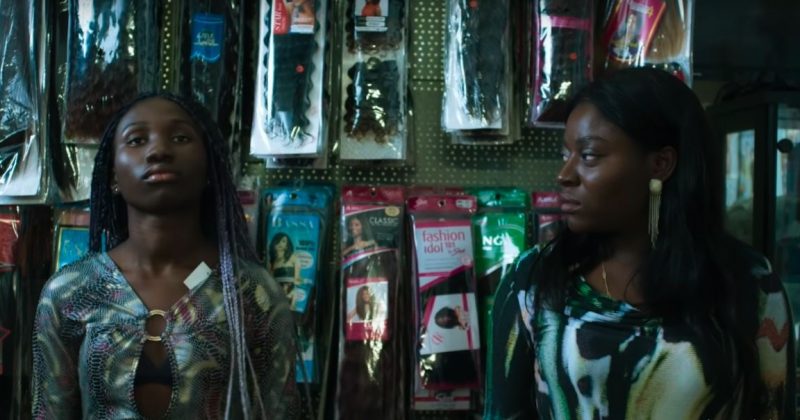 AV Club: Everything about the drama-filled “Joy” is riveting and harrowing

(“Joy” was Austria’s entry for the Best International Film at the recent Oscars, but it was disqualified by the academy due to the bulk of its dialogue being in English. The film is currently streaming on Netflix.)

The first thing that welcomes viewers into ‘Joy’ is a ritual scene. Set somewhere in Edo state, a traditional priest performs the rites for an oath ceremony, wherein a young lady pledges to abide by certain rules and regulations regarding her emigration. Guided by the priest who makes sure she understands the terms, the lady surrenders her freedom until she’s able to pay her debts to the patron responsible for making her move to Europe a possibility.

The lady and the priest, both unnamed characters, do not surface for the rest of the film, but they play a pivotal role in easing viewers into the gut-wrenching story-line, especially for those who are unfamiliar with the elaborate and disturbing nature of sex trafficking in Nigeria. For the rest of the film, viewers are offered an look into the way young women deal with being exploited into becoming sex workers, many of whom accept this way of life in order to assist their impoverished families.

“Joy” is centred around two characters, Joy and Precious. The titular character is an older lady who has been a serf to her madame for a few years, while Precious is a young girl —around age 13 if I were to take a guess— who had only just migrated from Nigeria and was struggling to adapt to her new, unwanted life. For the first five minutes both characters appear on screen, their only vocal interaction is when Joy commands Precious to stand up while they are on the roadside looking for customers. This early parts frames their relationship as experienced colleague and understudy—which it is—but as the film goes on, their bond deepens to reflect a rarely spoken but very visible care for each other.

Of course, a film with sex trafficking as its central theme is already harrowing, however, “Joy” sometimes pushes the envelope to point blank heart-breaking. In the closing scene of the first act, Precious is raped at the command of the madame, after complaining about the nature of what she’s been asked to do. While the abhorrent act isn’t pictured on camera, its importance to the unflinching story is driven home by Precious’ anguish-driven cries, Joy’s uneasy reactions, the nondescript look on the faces of the other sex workers, and the satisfaction on the madame’s face. As the film goes on, we see the effect of Precious’ shattered innocence on both main characters and their drive to survive and escape.

Accompanied by great cinematography, the film’s knack for saying as much with words as it says without, makes it riveting. It is by no means an easy watch, but this superb use of negative space suits the film’s character-driven trajectory, relying on the main cast to shine in their respective roles—which they do. Channelling pain and frustration in equal measure, Anwulika Alphonsus plays the role of Joy in a captivating manner, while Mariam Sanusi’s childlike innocence and subsequent bubbliness is effective in the endearing portrayal of Precious. The fringe cast with multiple scenes also pull their weight: Angela Ekeleme’s Madame is often ruthless and sometimes patronising, and Christian Ludwig does a superb job as the well-meaning but clueless Christian.

Austrian-Iranian filmmaker, Sudabeh Mortezai is the brain and hands behind “Joy”, and she does a great job of keeping the film from veering into overly sentimental. Her writing and direction work plays up the contrast of women with little to no power but have been saddled with enormous responsibilities. In this approach, “Joy” brings a joyless reality into an empathetic light, and many of us get to understand a reality we haven’t—and hopefully, never will—come in contact with.

ICYMI: “CRAZY, LOVELY, COOL” IS A MIXED PORTRAYAL OF THE NIGERIAN UNIVERSITY EXPERIENCE