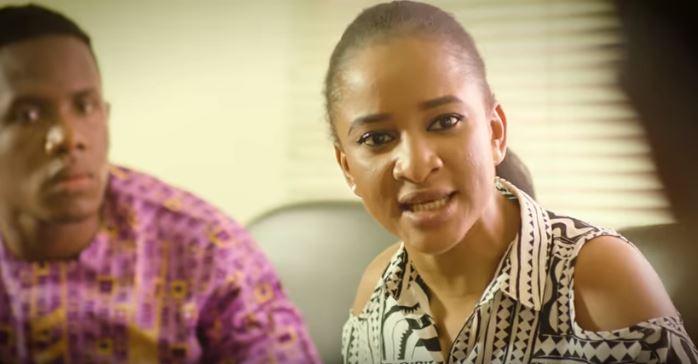 Nothing really prepares you for life as a student in a Nigerian university. Anecdotes might give you a general idea of what it’s like, but it’s a period that is best gauged by personal experiences. Things like the inadequate infrastructure, dealing with lecturers who double as bullies, and the difficult adjustment phase (especially if you have to travel away from home) are through lines almost every (ex-)undergraduate can relate with, however, uni stories differ from person to person.

The one absolute positive, though, is that everyone finds a tribe of friends to go through the ups and downs of uni with. Reflecting the importance of camaraderie, Netflix show, “Crazy, Lovely, Cool” shows the life of a group of undergraduate friends, using them as the point of contact to represent the topsy-turvy nature of the Nigerian university experience.

Brought together by the eponymous blog/website, CLC (acronym for the show title), the nine friends at the show’s nucleus—Izu, Funmi, Nana, Luciano, Ubong, Amara, Wisdom, Boma and Nkem—spend the major portion of “CLC” dealing with challenges that are brought about or exacerbated by external sources.

One issue that quickly becomes a definitive part of the show, comes at the end of the first episode, when Effy—Boma’s younger brother—dies during a cult initiation and his body is found beside the basketball court on campus. Grief stricken, Boma takes it upon herself to get to the bottom of what happened to her newly matriculated sibling, after she comes across comments on the CLC blog from students who suspect her brother was into cult activities.

Beyond being related to one of the show’s central characters, Effy’s death serves as a compelling touchstone for “CLC”, due to his endearing introduction as a starry-eyed kid who wanted to gain popularity on campus through his artistic endeavours. Solving his sudden demise gives “CLC” a sense of purpose for its first five to episodes. It’s during this period that we see potent depictions of the insecurities students face due to cult activities on campus, as well as the grossly ineffective policing in Nigeria, especially on the investigative side. Also, this plotline largely moves with intent, as the friends galvanise in their fact-finding mission. For example, their strategy of getting a medical student to do an autopsy on Effy’s body isn’t foolproof, but their desperation and the humour of the events in the autopsy scene makes it one of the more memorable moments of the show.

As the second half of “CLC” unfolds, though, the search for answers begins to bug its enjoyability. Although part of this downward spiral is assisted by the stiff acting of Chinonye Chidolue, the actress that plays Boma, the major culprit is the trajectory chosen by the award-winning backroom duo of Kemi Adesoye (“The Figurine” “Fifty”) and Obi Emelonye (“Last Flight to Abuja” “Onye Ozi”), series writer and director respectively.

For the most part, their story and character development is remarkable, but the introduction of Hassan, a wealthy love interest mid-series, as the hero figure undermines the initial build-up, in favour of closing the story arch neatly. Also, the revelation that Effy being gay was the reason he was killed sheds a light on the cruelty gay people face in Nigeria’s conservative society, but in the context of the show, it comes across as a shoehorned detail that fits a narrative.

The struggle to find a strong closing arch also spills into the other relatively minor storylines. A particularly vexing story arch is that of Dr Douglas, a poised and intelligent lecturer who eventually loses her career by getting into a needless sexual relationship with slacking student/upcoming artist, Luciano. Also, the tame affair, on-screen, is a prime instance of how unstimulating “CLC” is when it comes to building romantic tension between two potential partners. This part is down to the lack of chemistry between actors immediately the script goes beyond filial, which is a shame because dating is a big part of the university experience.

All of these missteps are balanced out by the show’s charming portrayal of friendship. While they show up for each other in varying combinations and capacities, the in-fighting and personal quarrels adds a personable layer to their relationship. This imperfect framing allows the mix of recognisable and new faces to get along on screen without the need for a strong bond, even though the more experienced actors—Adesua Etomi (Funmi), Enyinna Nwigwe (Izu) and Uru Eke (Dr Douglas)—clearly outpace their relatively new colleagues at nearly every turn.

Although “Crazy, Lovely, Cool” was shot in 2017, its status as the first Nigerian TV series to be acquired by Netflix should have set it up for an anticipated second season. But with a Kamikaze-style ending—another result of the latter preoccupation with fitting in an ending—it likely won’t be back, and it’s probably best that way. Being a near even balance of highs and lows, “CLC” does a solid job of never falling flat, which is all it really needed to do across its ten 50-minute episodes to keep things interesting. It can be confounding on multiple occasions, but it is also frequently entertaining and relatable.

ICYMI: THE MANY STARS IN “CHIEF DADDY” DON’T BRING AS MUCH SHINE

Next Article Nigeria’s Civil War: Teaching The Lesson, To Unite A Nation