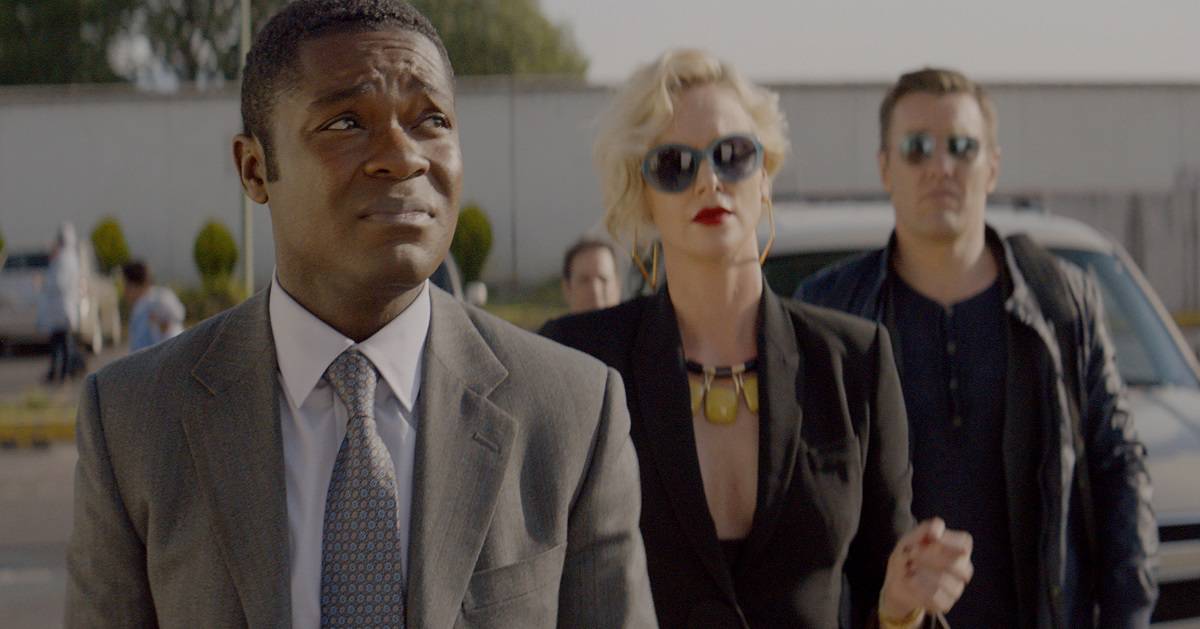 Get ready to see David Oyelowo as Harold Soyinka in 2018

Asides having movie and production work already stacked up for him this year, David Oyelowo also has a movie to co-star in along side Thandie Newton set for a March 7th release date in 2018. Oyelowo, Thandie Newton, Charlize Theron, Joel Edgerton, Amanda Seyfried, Yul Vazquez and Sharlto Copley all star in Nash Edgerton’s previously untitled action comedy, now set to be released as “Gringo.” It’ll also mark the movie debut of Paris Jackson, Michael Jackson’s 19-year-old daughter, who has been cast in a supporting role as “an edgy 20-year-old.”

The movie is filmed in Mexico city and follows a newly-married, mild-mannered businessman executive (as played by Oyelowo) with a stake in a pharmaceutical company about to go public. When he becomes  stranded, and wanted by the American Drug Enforcement Agency (DEA) he realizes that the life he’s been dreaming of isn’t what he expected.

The official synopsis, from Amazon’s sub, IMDb.com is thus:

“Combining dark comedy with dramatic intrigue, Gringo joyrides across the border into Mexico, where all is not as it seems for mild-mannered American businessman Harold Soyinka (David Oyelowo). Crossing the line from citizen to criminal, Harold tangles with duplicitous business partners, Mexican drug lords, international mercenaries, and the DEA. As he attempts to survive in one of the most dangerous places on earth, the question lingers: is this ordinary man in way over his head, or is he two steps ahead?”

“Gringo”’s script, penned by Anthony Tambakis and Matthew Stone is financed by Amazon Studio and directed by Edgerton, who made his long-length directorial debut with the acclaimed Australian thriller “The Square”.

The movie’s title was announced with a first look at the movie in the featured image above.

ICYMI: David Oyelowo is to star in another true-life drama after Selma, “Arc of Justice”