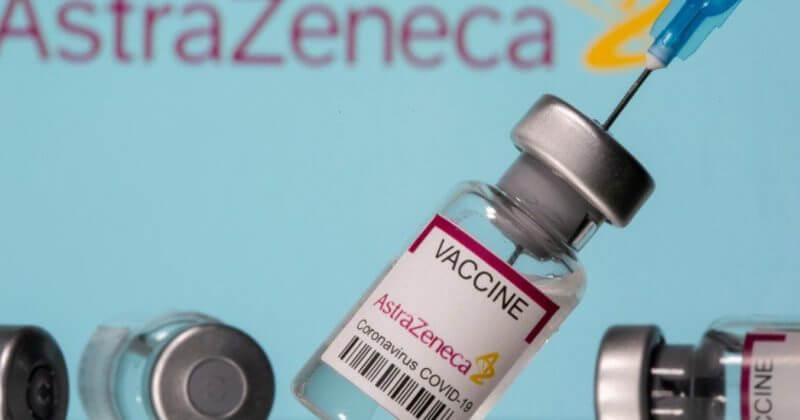 Everything we know about the Astra Zeneca vaccine in Nigeria

Finally, after a year of dealing with the seismic effects of the COVID-19 pandemic, the rollout of the vaccines is now underway in Nigeria. Since last week, the federal government has begun the process of rolling out the Astra Zeneca vaccine to millions of Nigerians, as the official number of confirmed cases now peaks at over 160,000 persons nationwide.

In early March, Nigeria reportedly received 3.94 million doses of the Oxford-AstraZeneca vaccine through the COVAX facility, led by the World Health Organisation. It was the first shipment of the over 16 million doses allocated to the country through the COVAX Facility, which was aimed at vaccinating 20% of the population. The country also received 300,000 doses of the Oxford-AstraZeneca COVID-19 vaccines from telecom giant, MTN, on Sunday, according to the Chairman of Presidential Task Force on COVID-19, Boss Mustapha.

Tolu Ogunlesi, the special assistant to the Nigerian President on digital and new media, stated last week that Nigeria’s vaccine doses will be rolled out in four phases. The first recipients will be front-line health workers and strategic leadership, followed by individuals aged 50 and above. The third phase will cover individuals from ages 18 – 49 with relevant medical conditions, while the last group will be the remaining eligible population, which is made up of individuals ages 18 to 49 without relevant medical conditions. Over the past week, however, reports have shown that the vaccine has been administered to anyone who shows up at different local government health agencies across the country.

Speaking to Mariam*, 26, who received the vaccine last week Friday at a health centre in Igbo Efon, Lagos, I’m told that the entire process was quite seamless. “I arrived there on Wednesday morning ready to take the vaccine, we were all given numbers which were capped at a 100,” she tells me. Further investigation revealed that due to the limited supply of the vaccine currently distributed across various Nigerian states, the different health centres were instructed to only administer 100 per day, with priority to citizens over the age and 70, front-line workers, and those with pre-existing health conditions.

Nonetheless, many Nigerians have now shared their experiences with the vaccine rollout on social media, and the side effects experienced as a result of taking the vaccine shot. So far, it seems that the Astra Zeneca vaccine is the only brand widely available in the country, and the Commissioner for Health has warned Nigerians of the possible side effects that could ensue after the vaccine has been administered. So, if you’re looking to take the first shot of the vaccine while it’s available, here’s what you need to know about the Astra Zeneca vaccine.

The vaccine is safe for use

AstraZeneca vaccine’s overall effectiveness came under question after Europe enacted a temporary ban against it, following reports of blood clots and unexplained bleeding in people who received it. AstraZeneca’s COVID-19 vaccine is 79% effective against symptomatic coronavirus infections and 100% effective in preventing hospitalisation and severe disease, according to an interim analysis of its United States phase 3 trial, which included more than 32,000 people. According to reports, these symptoms showed in people who were of a certain age – around 20% were 65 or older, and about 60% had health conditions associated with a higher risk of severe Covid-19, such as diabetes, severe obesity or cardiac disease.

Despite the uproar caused by the few blood clots cases, the AstraZeneca vaccine isn’t even the first widely distributed vaccine to be connected to this side effect, as many past vaccinations including those for the human papillomavirus (HPV) have been known to cause this effect. Also known to have similar effects are the contraceptive pills are known to increase the risk of blood clotting in women up to four times due to the increased production of estrogen, according to the Cleveland Clinic. After investigation of the issue, last week, the European Medicines Agency (EMA), concluded on Thursday that there were more benefits than risks in relation to the usage of the AstraZeneca vaccine. The World Health Organisation also stated that the benefits of the AstraZeneca vaccine far outweigh its risks and recommended that vaccinations continue. The best part about the Astra Zeneca vaccine is that it can be stored at normal refrigerator temperatures, meaning it could be key to reaching people in underdeveloped areas of the world, one of the most pressing issues in the fight against COVID-19.

Vaccines will be administered from now till 2022

In Nigeria, the shortage of the Astra Zeneca vaccine currently outweighs the demand. The Lagos state government has spoken out against the mismanagement of the approved local government health centres where overcrowding has occurred during the last week of the vaccine rollout. In a recently released statement, the State Government is now urging eligible persons who fit into the first phase of the vaccination exercise to observe and ensure strict adherence to COVID protocols and instructions given by officials when they visit the vaccination sites. The State Government also reiterated that ONLY persons who fit into Phase one of the vaccination exercise, which include healthcare workers, COVID-19 response team (RRT), ports of entry staff, laboratory network, judiciary, military, police, other security agencies, petrol station workers, teachers, press, other frontline workers and persons of age 70 years above, will be attended to at the vaccination sites as from yesterday, the 22nd of March.

According to the Commissioner for Health, Prof. Akin Abayomi appealed to persons who are not categorized in phase one of the vaccination exercise to keep off the vaccination sites. “We plan to vaccinate this year into 2022”, Abayomi had stated, appeasing those who may be eager to commence their vaccine administration to observe patience so that those who are immunocompromised may be prioritised to receive their first dose.

Gentlemen of the press, I would like to clarify that the current phase (phase one) of vaccination covers health workers and other frontline workers; but with the health workers given priority ahead of the others.

Currently, rollout for the vaccine has commenced in over 80 approved centres in Lagos state alone, and more underway in different states across the country excluding Kogi, Kebbi, Zamfara, and Oyo states who are yet to commence vaccination. Official reports state that over 120,000 people have been vaccinated since the launch of the exercise on March 5, 2021, with many more to be recorded this week. Below are a list of vaccination centres available and details on how to register via the NAPTCH online portal.

These are all the vaccination centers available. You can register there, their online portal doesn’t work 90% of the time. Get there early, take a number, get your vaccine. Fin. pic.twitter.com/4NmpgWItMp

ICYMI: Why Ghana’s Independence Day was quiet for the LGBTQ+ community

Next Article Turntable Top 50: Teni continues her stellar run at the top of the charts