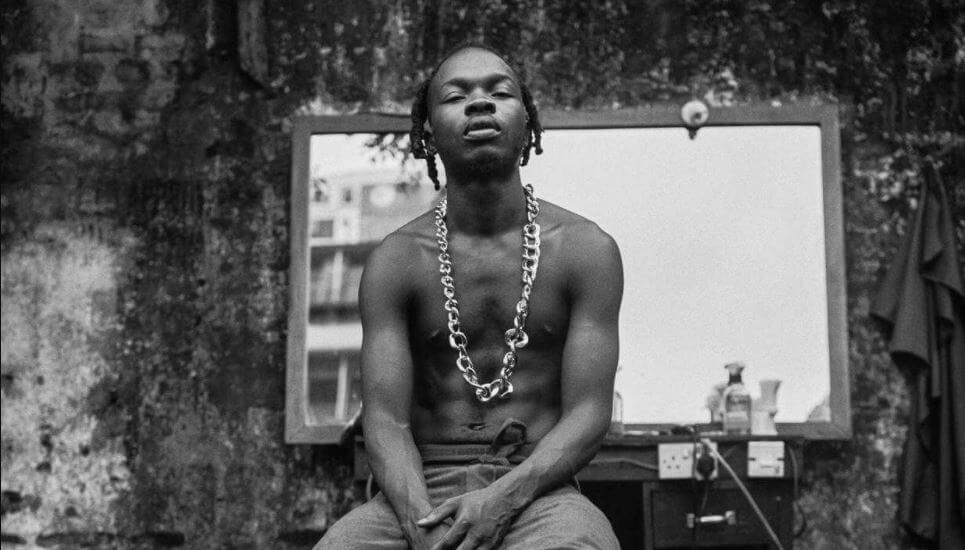 Since he broke out into the mainstream, with the Olamide-assisted single, “Issa Goal”, also featuring Lil Kesh, Naira Marley has shown an impressive command of popular zeitgeist. His lewd lyrics and controversial takes make him a very polarising figure in the Nigerian music scene, guaranteeing him instant reactions whenever he drops new music, climbs on stage, or shares his street-savvy opinions on social media. Given his penchant for making pseudo-socially conscious music, especially following his arrest and court trial in 2019, we weren’t surprised to see Naira Marley join the recent online clamour for the Federal Government to put an end to the police brutality exacted on Nigerian citizens by the Special Anti-Robbery Squad (SARS).

Last week’s celebration of Nigeria’s 60th anniversary appears to have ignited everyone’s political passion, as Twitter and Instagram were flooded with posts of people sharing their abusive experiences at the hands of SARS officers, demanding that enough was enough, using the years old hashtag #EndSARS. Between the last 48 hours, we’ve gotten an alarming number of these posts, some even being shared in real-time, captured by the victims, journalists, or bystanders recording young people getting shot, harassed, or being illegally arrested.

So 9am tomorrow we move
2nd toll gate
Peaceful protest
No vandalism, no fights and no stealing.

On Monday, the urgency of the situation inspired Naira Marley to schedule a peaceful protest against SARS for 11am today, the 6th of October, however, he eventually settled for an Instagram live session with the Police Force PRO – DCP, Frank Mba. It wasn’t clear if the decision was made because of the heavy rain that fell or if our anti-hero was chickening out of the responsibility of organising a protest. Either way, he had our attention and the attention of over 30k people, who joined the Instagram live to see if he had indeed sold out to the police or if he could somehow deliver us from the evil of SARS by negotiating with them on IG.

After tuning in to the roughly thirty-minute long session, these are the three main takeaways that emerged from Naira Marley’s conversation with the Nigerian Police Force:

Naira Marley explained why he suspended the protest:

Naira Marley started the live on his own, adding the @Nigerianpoliceforce account on IG after a few minutes of explaining that he suspended the protest to protect the lives of his fans. Claiming that he didn’t want anyone to get the Coronavirus, even though fans responded in the comments saying that they’d wear masks, Naira Marley continued to assure viewers that he made the decision he felt was in the best interest of everyone. He might give off the impression of a delinquent youth in his music, but Marley certainly knows how to be cautious when he chooses.

The Police Force PRO – DCP, Frank Mba joined the live and expressed his disappointment at the SARS officials who have abused their power and brought harm to the people they’re sworn to protect, in doing so, placing the entire police force under intense scrutiny. Mba explained that investigations are being carried out to ensure that SARS officers who violate the human rights of young Nigerians are dealt with by the law. He promised that IGP (Inspector General of Police) has banned the routine street patrols and won’t allow officers to parade in unmarked vehicles and wear plain clothes.

However, when viewers commented about an ongoing SARS operation in Ajah, Police Force PRO – DCP, Frank Mba simply asked that a formal complaint be sent to his office, as opposed to promising to take swift and effective action, as many expected. Mba also wasn’t very assuring when Naira Marley asked if it was okay to record SARS officials on our phones whenever they are harassing us, the law enforcement officer admitting that that could be an unsafe act in certain “security conscious zones” (whatever that means, it’s best to stay safe). Lastly, Mba also mentioned that the police are looking to incorporate body cameras into their uniforms and also gave a list of 10 fixed laws that should protect citizens from being harassed by SARS. Sadly, most of these are things we’ve heard before but have either never materialised, or remain ineffective while we continue to lose lives and get assaulted daily.

10 Things u need to know on FSARS right now pic.twitter.com/nTlYBJ7DDA

From this Live, it seems that Naira Marley is more calm now, and respectful to officers, saying “thank you for joining my live sir”, and other polite remarks that show his submission to their authority. However, we haven’t forgotten Naira Marley’s famous bad-mannered attitude. Though it’s hard for some fans (this writer included) to see Naira being so diplomatic while SARS officials are killing us in the streets he swore to protect on “As E Dey Go”, he assures everyone that he believes the government will make changes. If they don’t, the streets-elected president has promised to “rearrange” them.

If they don’t arrange themselves we will rearrange them..so we will give them a week and if we don’t see any changes we will make changes.#EndSARSBrutality #EndPoliceBrutality #TogetherWeCan

We’ve had similar social media-sparked protests against police brutality in the past which failed to yield any notable results, nevertheless, this feels more convincing that the previous protests. Naira Marley has staked his street credibility on it and we’re hopeful to see genuine change emerge from his advocacy for the FG to #EndSARS.