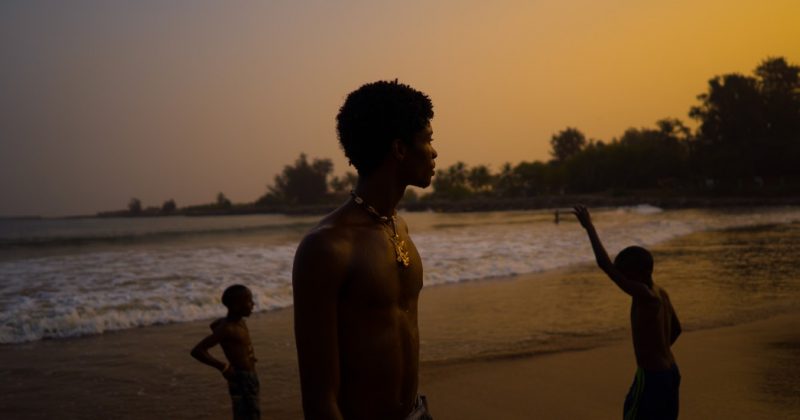 Alton Mason’s short, ‘Rise in the Light’ shows the importance of reconnecting with your roots

Last week, Alton Mason released his debut short film ‘Rise in Light’ in collaboration with producer, Amarachi Nwosu of Melanin Unscripted and Soof Light. The short film has already garnered incredible fanfare from viewers and raised an impressive amount for charity, whilst also fostering a community of artists and influencers such as Temi Otedola, Ladipoe, WurlD, Joan Smalls, Iddris Sandu and more for a social impact campaign.

‘Rise in Light’ tells the story of Mason’s reality with fear, perseverance, and finding one’s home. Shot here in Lagos, the film is an incredible moment for the model who fell in love with the country and its people while on a trip there last December. The proceeds from the video are currently going towards COVID-19 relief in Nigeria, particularly for residents of the Makoko area. Over the weekend, the project successfully funded and exceeded their goal, raising over $11,000 for children and families in Nigeria affected by the COVID-19 pandemic, in partnership with the non-profit organisation Khan Foundation.

Rise in light is more than a campaign, it’s a movement. Through @riseinlight we brought together a group of game changers and powerful voices around the world. We set out on a mission to give a voice to vulnerable communities in Nigeria and express the importance of investing in the youth and their future, especially during these uncertain times. While we reached our goal earlier than expected, we have a long term mission to nurture and spread important conversations on what the world needs and how we rise to the power within us to create change in our global community. Rise with us. Whether this means supporting our funding mission with @khanfoundationNG (which we will leave open for the next week), or being a vessel in your own community. The light is within you. We can all rise to the occasion. Thank you @altonmason, @amaraworldwide & @sooflight for pushing this ethos! Together we Rise❤️ #RiseinLight

“During this global crisis, many of us are losing loved ones, businesses, faith, and hope. We are all being affected by the seen and unseen, and it’s so easy to succumb to the darkness that we are at war with.”

In the film, Mason (styled by Ugo Mozie) sports local brands such as Orange Culture while he walks through the streets of Lagos and immerses himself in the city’s shorelines. The entire film focuses on the city, its people and the incredibly talented works of their hands. It’s actually very impressive that the creative industry has become what it is today, mainly due to the fact that a bunch of young people came together and decided to take up their own space unapologetically.

This is what has left the room for those who aren’t quite so familiar with the reality here to come home and find their rhythm like Alton seems to have in this short film. The cultural exchange between creatives at home and in the diaspora is allowing the immense growth we’re seeing, and the short film places emphasis on the importance of connecting to your roots in order to pass on the joy rather than the trauma of our history to the next generation.

Beyond what meets the eye and coming back home because it’s the cool to at the moment, it’s important for people to take more positive like Alton Mason has, in building value for the creative market here, whilst also giving back to the community. We need to invest in our future and help the economy in African countries by never shying away from reconnecting with our home. In Alton’s words: ‘”Rise in Light’ is a movement created by the youth to inspire and ignite the future leaders of our world. It’s a call for change, evidence of freedom and the expression of love and joy.”

ICYMI: Apple Music are betting on Africa, and that may be the key to victory

Next Article AV Club: “Kalushi” uses the anti-apartheid struggle as a backdrop to portray stolen youth