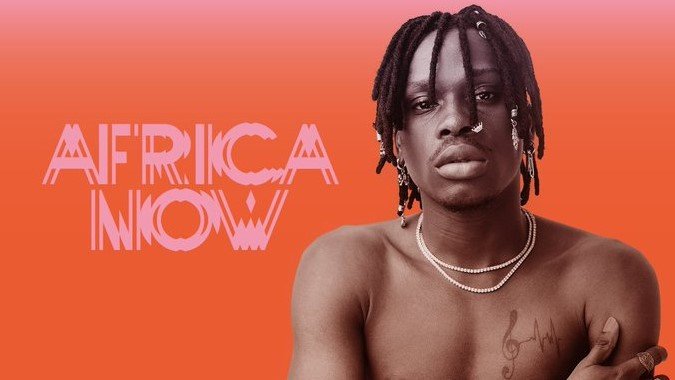 NATIVE Business Special: Apple Music are betting first on Africa, and that may be the key to victory

In “How Music Got Free”, Stephen Witt’s brilliant book from 2015, he asks a slightly tongue-in-cheek, but nonetheless poignant question: “What happens when an entire generation commits the same crime?” Said crime being the seemingly worldwide millennial decision to stop paying for music in the traditional way – paying for individual songs and albums. Digital music in the first decade of the 21st century was characterised by illegal downloads on file-sharing sites such as Limewire, Bearshare, and Kazaa, and thus, the industry was forced into the solution which feels second nature today: digital streaming.

Over the last few weeks, Apple Music have rather loudly made a concerted effort to further entrench their presence and investment in the Sub-Saharan African market. Already in music epicentres like Nigeria, Ghana and South Africa, the streaming behemoth announced its expansion to other regions such as Tanzania, Benin and Mozambique, taking their subsaharan African presence to a total of 33 countries. In addition to this, they have rolled out various content features specifically catered to each region: the reputable Top 100 Chart – a real-time rundown of the most-streamed songs in each country; a timed karaoke-ready lyric experience – drawing attention to an aspect of Afro-Pop that is historically overlooked; and a featured section on the platform encouraging listeners to “stream local”.

In a further effort to draw in even more of an audience from the relatively untapped listening population on the continent, Apple Music have leaned into targeted editorial work, centred around the launch of “Africa Month” – their month long celebration of African music. This has included custom commissioned artwork from African creatives such as Laolu NYC on their playlists, exclusive guest curation by artists ranging from Fireboy DML to Angelique Kidjo, and a special Beats1 show helmed by veteran New York radio presenter, Ebro Darden. Speaking over the phone to Ebro, he tells me Apple Music is committed to giving all Africans a genuine platform to present their authentic selves.

“It’s amazing that no matter where you’re from on the planet, you are to be able to put out music that feels and sounds like where you’re from without trying to conform to other standards. That’s what this is all about – people being able to create their own narratives, and have the world consume it. I don’t think Africa makes one style of music – I love Santi and Odunsi. It can go from Nasty C to Manifest. From Teni to Cassper Nyovest. There isn’t one sonic representation of Africa. Crossing over is not the barometer for success. Similar to Hip-Hop, the barometer is not The Grammys or the charts. The barometer is the culture and the people. If other cultural groups and people pick it up and consume it, that’s cool. But if that’s the barometer, we’re doing something wrong.”  – Ebro, Global Head of Apple Music Editorial for R&B and Hip Hop, Beats1 Host.

With the Covid-19 pandemic ravaging the live music industry, streaming revenue has never been more important for artists, and although the debates rage on regarding splits between companies, artists and labels, this is one of the only ways fans can support their favourite artists right now. Seemingly recognising this, Apple Music have gone through lengths to cater their product to the African market, with a free 6-month trial for new subscribers, pushing its availability to Android users through the Google Play store, a web browser option, and competitive subscription fees. Whilst this has helped to endear them to more customers, it must be said that the streaming service has yet to take a hold of the region in the way they were able to do in Europe and North America. High data costs, a less economically privileged population, coupled with initial payment processing issues with local banks (which have admittedly improved since the initial launch), have hindered the progress they would have hoped to had made at this point in their entry into the region.

That being said, although Apple are notoriously tight-lipped about their subscription numbers, they recently announced that the service has surpassed 60 million listeners globally, and a source confirmed to me that they are indeed the leading paid music service in Africa. In Nigeria, if the charts are anything to go by, they seem to have achieved at least one goal: varied demographics in subscription – something that competitors like Boomplay and uduX have struggled with. Whilst pop superstar Simi has dominated the Top 100 singles chart with “Know You”, her catchy collaboration with Poe, and then “Duduke”, a made-for-radio mum-anthem, the albums chart has been ruled by three different artists in the last three weeks: Drake, Odunsi The Engine, and Future. Whilst I’m sure there is some crossover between the streaming fanbases of Simi and Future, it is safe to use this as a signifier of the diverse subscribers Apple Music has managed to pull in Nigeria.

Right now, in Africa it appears that Apple Music are putting in the hard yards of the first mover – something that they were not able to do in North America and Europe, joining the party comparatively late to their competitors – and that in itself, is a minor victory for them, and for African artists and listeners. However, it won’t be enough to stop there. To truly gain the loyalty of both the artists and the listeners, they must continue to make a real investment into the betterment of the African music ecosystem with intentional, carefully curated localised content and products. The future is looking increasingly digital, and now more than ever, we need a future that finds a way to include everyone.

0300
Previous Article Tems returns with “These Days”, a number fitting for the times

Next Article NATIVE Premiere: New World Ray embraces the pleasures and misery of drugs and sex in “Minaj” video