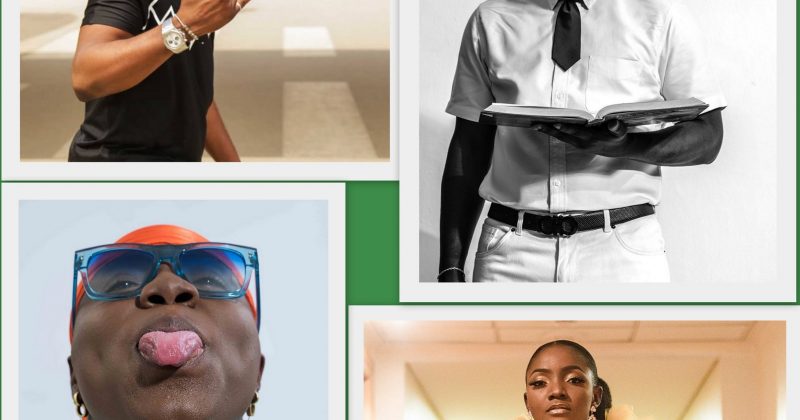 We are officially in election season. Political takes have taken over the timeline, cafe-room chats, beer parlour debates, and more notably, popular music. It’s perhaps indicative of the complaints against the current administration as more than ever before, artists are willing to use their platforms and influence to mobilize for progressive political campaigns and jingles. Here’s a list of some of the most notable politically charged singles from the last few months.

INEC’s Avengers – “Not For Sale”

Previous election seasons were dominated by political-party affiliated jingles from our biggest pop-stars. This year, however, artists seem more reluctant to make such alliances as 2Baba, M.I, Tenitheentertainer, Waje, Chidinma, Umar Shareef and Cobhams Asuquo team up on INEC’s “Not For Sale”. Their nonpartisan political message made their soulful plea for citizens to exercise their franchise more compelling.

The inadequacies of the government become even more magnified during election season with opposition factions pointing fingers and raising pitchforks at the incumbent. It almost never comes up that our democratic government means part of the responsibility should fall on us, voting citizens. But ID Cabasa, Slimcase, Simi, Mr. P, 2Baba, Waje, Falz, Timi Dakolo, Illbliss and Pasuma make an admirable effort to remind everyone of the fact on “No Shishi For Bribe”, begging citizens to vote for the right reasons rather than sell their votes.

Falz has carved several niches for himself since he got into the industry (comedian, actor, TV show host), but his recent foray into socially conscious issues has been the most divisive despite being commercially accomplished. “This is Nigeria” may have set the template for his new-found political agenda, but it was “Talk” that introduced the candid and confrontational nature of his recently released ‘Moral Instruction’ project. Here he scrutinises with such precise metaphors that he might as well have illustrated a forensics portrait.

There’s a head-snapping, time-warped quality to Rolay Bondo’s new single, “Kriminalz”. Though the “This is Nigeria” inspired hook listens derivative, there isn’t the slightest hint of parody in her gripping tale of Nigeria’s unique backwardness. Her deadpan breakdown of the systematised injustice in the country is matched only by the melancholic percussion and downcast facial expressions in the music video.

It’s hard to imagine any song raffling President Buhari’s feather, but Mr Raw’s lyrics, seemingly addressed to his brothers living outside the city, “It is Crazy/ We Dey Work Hard on a Daily/… Say Na The Youth Dey Lazy”, sure drives home the point that ‘the president doesn’t know what he’s saying’.

Superwozzy – “The Cops, The Youth, The Country”

“The Cops The Youth The Country” earmarks rapper, Superwozzy’s deft ability, stringing words together in captivating rhymes while also weaving those rhymes into stunning narratives that retain listener’s attention. Over a decidedly soulful beat, Superwozzy retells the story of a young hustler in such riveting detail that the familiar hip-hop narrative feels like nothing we’ve never heard before. In less than 5 minutes, his lyrics describe the day to day hardships of being a young creative in a conservative and overpoliced society.—“SARS Mu Wa La Se/ Wan Mr Bean Wa/ Treating Us Like Trash bi Idoti Ninu Bin Wa”( Sars Took us by the legs/Did us like Mr Bean/treating us like trash, like I idiots, in our own bin).

Normally, we’d be inclined to advise those who live in glass house against throwing stones, but when it comes to the very important subject of governance, we leave room for liberty. 9ice’s certainly wasn’t thinking about the Grammys on “Promise and Fail”, when he called out corrupt politicians for not honouring their promises. And in case you had any doubts about how current an artist popularly referred to as ‘ancestor’ can be, the song’s opening lines are “This is Not the Change That I Voted For/ This is Not a Game Like a PS4”.

ICYMI: The Kenyan elections as a mirror of the millennial politics of our times