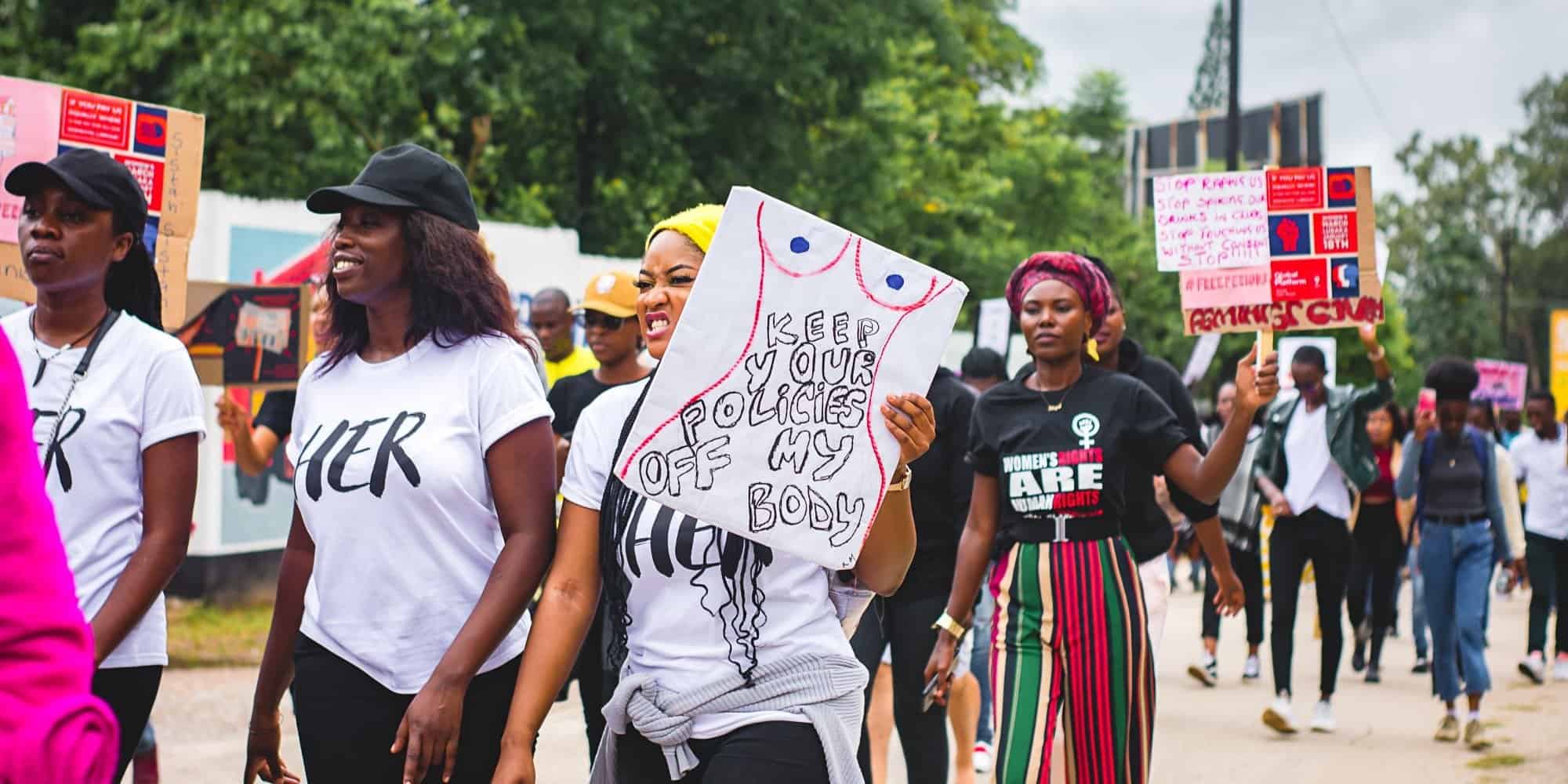 News from all around Africa

“What’s Going On” Tallies Notable News Headlines From Across The Continent — The Good, The Bad, And The Horrible — As A Way Of Ensuring That We All Become A More Sagacious African Generation. With This Column, We’re Hoping To Disseminate The Latest Happenings In Our Socio-Political Climate From Across The Continent, Whilst Starting A Conversation About What’s Important For Us To All Discuss. From Political Affairs To Socio-Economic Issues, ‘What’s Going On’ Will Discuss Just That.

Women March Against Sex and Gender-Based Violence in Zambia #EndSGBVZambia

Barely any day goes by without a case of violence against women being reported. A 2016 report by the Victim Support Unit of the Zambian Police Services showed that 18,540 cases of gender-based violence were reported in that year alone and 18,088 recorded the year before. According to UN Women, 43% of women and girls between the ages of 15 and 49 experience various forms of sexual violence and aggression throughout their lives. These numbers are very disturbing considering the fact that society constantly does not treat cases of sexual assault and gender-based violence as seriously as it ought to, especially when it comes to Black women.

Our society normalises victim-blaming and not a lot of victims are given the safe space to speak out and report their offenders. In light of the pandemic and the restrictions which accompanied it across the African continent, the numbers of cases have continued to spike at an alarming rate. In Zimbabwe, last week, after noting a rise in cases, protests erupted against these inhumane occurrences as group of young people, mainly women, organised a march to protest against sexual and gender-based violence, which took place in Kitwe, Zambia.

Several Zambians took to the streets and social media timelines to protest against the violence as they chanted and shared the hashtags #WomensMarchZambia #IDeserveToBeHeard and most popularly #EndSGBVZambia which was trending over the weekend. As they clamour for justice for women who have endured all forms of sexual crimes, they also demand the restructuring of the justice system and the existing victim support groups to ensure the safety of victims and for an end to victim-blaming. Several petitions were also created to re-evaluate the Gender Equality and Equity Bill as well as The Sexual Act in order to ensure that there are proper repercussions for sexual violence. Alongside this, protesters also made a bid to resuscitate the Victim Support Unit and create a sex offenders list and establish more centers for victims across the country.

The world has always been an unsafe space for women with sexually related crimes rampant at almost every corner, but the rates at which these cases are increasing is alarming, to say the least. With different statistics across the world, a significant number of sexually related crimes are inflicted upon women by their male drivers. In an attempt to reduce the high crime rates, several companies have created platforms providing rides for strictly catering to their female passengers. Though it’s not a common practice, the services have been popular in countries such as Brazil, United States and Australia such as DriveHer, SafeHer, SheRides, etc.

A taxi e-service, Little Cab in Kenya started providing similar services in 2016 when joint venture Safaricom and Craft Silicon established ‘Lady bug’ in an attempt to empower female drivers and ensure the safety of female passengers. Recently, Bolt, a popular ride-hailing service launched a similar service for women. However, while this was a feat to commend, it was only met with more annoyance when passengers soon discovered the price discrepancies between the ‘women-only’ ride and the standard ride, days after several women took to Twitter to air their grievances and share their negative experiences with male drivers.

Charged at a difference of over a dollar more, the issue sparked conversations on social media concerning the issue. As usual, women end up bearing the costs of horrendous behaviour inflicted on them by others. Women having to pay a significantly higher price for their own safety only further creates economic segregation amongst them and reminds them that their safety is not a given. Several people tagged this as ‘pink tax’ which is just another way to tax women for services and products necessary for their safety and survival. However, as expected the company and some of its male users were hesitant to label the issues as one of gender. Many attributed the issue to one of supply and demand, saying that male drivers will be more in demand than female drivers because the transportation sector in Kenya predominantly consists of men.

Why has Bolt made the Only women option expensive? Is it because Women’s Safety is a privilege nowadays? Plus how sure am i i will be safe?Is safety all about gender or an individual? Just asking….

Amidst the steady cases of coronavirus and struggles in administering the vaccine in Nigeria, there is still an increase in the number of COVID-19 cases. Also, as a result of the inadequate supply of clean water, open defecation and poor hygiene practices in general, the Nigerian Centre for Disease Control (NCDC) recorded 816 deaths from 23 states between January and August this year for Cholera. In addition to this, the southwestern floods continue to threaten Lagos homes and nationwide, general hospitals in cities such as Ilorin, Offa and Omuara lack bed space for patients who are in dire of new supplies.

In the face of these structural setbacks, the National Association of Resident Doctors (NARD) have engaged in a 7-week-old strike after its members were denied payment of owed salaries, hazard allowance, life insurance benefits for members who had lost loved ones to COVID-19 and more. The National Industrial Court had also ordered them to resume duties and end the strike preemptively but the doctors vowed to continue till they are provided all their entitlements.

NARD President, Dr. Okhuaihesuyi Uyilawa, stated “We have appealed (against) the judgment of the National Industrial Court that we should go back to work. We don’t have any date yet for the hearing, but we are optimistic that justice will be served. We are insisting that the Federal Government withdraws the ‘no work no play’ policy and the court cases against the association, as well as meet our basic demands.” The Minister of State for Health, Dr. Olorunnimbe Mamora has appealed for the medical professionals engaging in the strike to suspend it as they reevaluate and negotiate their requests, stating that by the ethics of their profession their priority is saving lives.