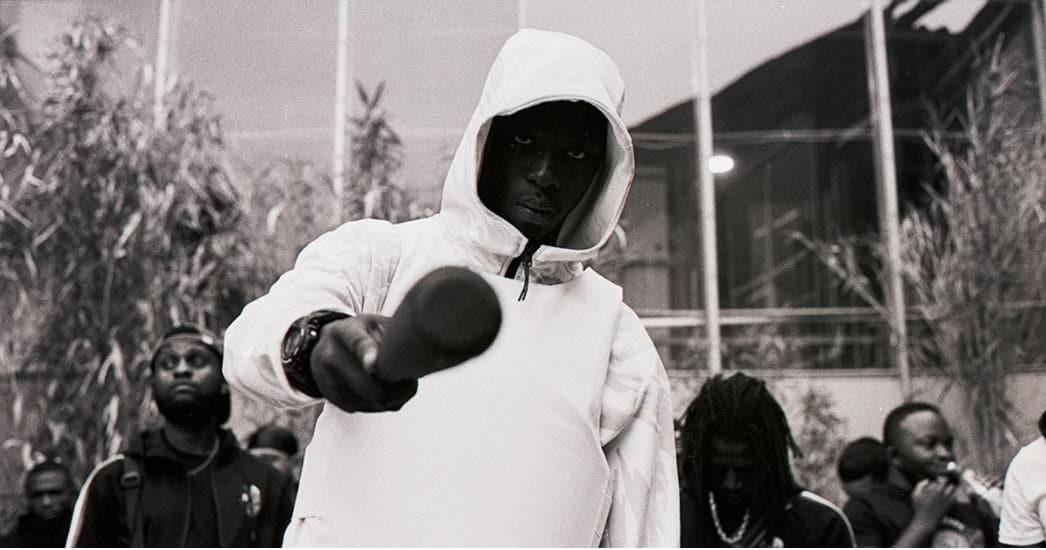 Pa Salieu has always shown himself to be a rebel with a cause. The UK—by way of Gambia—rapper crashed through the doors in early 2020 with “Frontline,” a supercharged and hybridised slice of street rap where his infectious brand of heady aggression grabbed and shook listeners on first listen. Released about three months after shotgun pellets were picked out of his head, the aftermath of a horrendous drive-by shooting, the urgency of his threats were aptly carried through in the manic but clear-eyed delivery of his patois-inflected cadence.

In subsequent months, as his star rose, Pa only doubled down by releasing a handful of attention-retaining singles, but it’s his debut album that truly captured the full scope of his artistic powers and potentials. With descriptive lyricism as a potent tool, ‘Send Them to Coventry’ is a blunt and consistently heaving release from an artist yet to be far removed from the dangerous life he’s led, so much so that the adrenaline is tangible. Weaving threads from a range of genres including Road Rap, Dancehall, UK Drill, Afropop, and subtle influences from Gambian Folk music, the genre-mashing soundscape matches the rapper’s malleable and subtly inventive delivery forms, lending a dynamic edge to his method.

At its most invigorating, ‘Send Them to Coventry’ is driven by Pa’s readiness to take full pride in his identity as a black man—a first-generation immigrant at that. In the last few months, Pa has only dug deeper into his roots, sharing a series of episodes from a mini-doc series titled ‘Afrikan Rebel Diaries’, which surveys his artistic drive and continued growth, with an apparent emphasis on family and his Senegambia ancestry. Today he’s now released a new 3-song pack, ‘Afrikan Rebel’, and his motives seem bare already. That doesn’t make the prospect of the drop any less intriguing, nevertheless, there are more statements to be made and more artistic tricks to pull.

In our usual 1-listen review fashion, all reactions are in real time while the music plays. No pauses, rewinds, fast-forwards or skips.

The Afropop shakers are so recognisable. Tay’s voice exudes the warmth of a fireplace, there’s a strain to his voice here that makes the song feel tense rather than buttery smooth, which is where he usually operates. Pa raps with a searing interest, like he’s trying to brand every word into your skull. “I’m a real life hustler/heart strong and I get mulla” caught my ear, it’s the type of descriptive bar I’d expect from him. That was a strong opening verse. Zlatan! Energy and ad-libs. Hehh, this verse isn’t hitting, and that Godzilla line should’ve been thrown away. Okay, we’re getting some introspective brags, I like it a bit. Who would’ve thought Pa, Zlatan and Tay would share space on a song, and it sounds really good overall. P2J put that expected dose of crack on this one, should go off in the clubs if it’s pushed. Pa is doing a serviceable Afropop act impression. Good song.

Are those log drums? Yeah, they’re hitting. ‘Piano to the world, even this has a Gqom inflection to it. Pa is having a lot of sex, I think. This bounce is actually ridiculous! This feels like a club-dominating banger already. That brief patois flow switch was fire. This song already has like 17 moving parts and Pa’s voice is like half of them. Obongjayar came into 2021 to loosen up his voice, he sounds playful and so full of vigour. “Baby, just off your pant” is a line I never thought this man would sing until a few weeks ago. There’s something that sounds like a glockenspiel here, fucking love it. Two songs in and it seems Pa just wanted to experiment with whatever sound he felt connected with his urban African core, and it sounds damn good. Slapper! Keeper! Oh, we not done! This groove is delicious. Swimmy keys, love it.

That “African Gambino” ad-lib made me chuckle. This bass wants to cave my chest in through my ears, which is partly my fault because my headphones are so loud but I don’t want it any other way. This is the most animated and militant I’ve heard Pa since “My Family.” Haha, heartbreaks build character. This is a raver’s attempt, Pa’s voice will be gone if he performs this consistently on tour. “I’m calling you a pussy, basically/you can’t be my opp if you have no machine.” Fam! That’s hard! People are going to be thrashing and banging heads to this at shows. If this beat was any more dysfunctional, I can hear either Playboi Carti or JPEGMAFIA hopping on it. The tribal drums are cliché but they work, high-energy stuff. Why does an outro song have me so hype?

Pa Salieu’s ‘Afrikan Rebel’ is a viscerally thrilling, 10-minute run of thumpers. Similar to a significant portion of his debut, Pa raps over imposing beats, except this time they are groovier, denser and more experimental. Each song is different in composition, giving the project a freewheeling energy that’s perfect for a project where Pa is having fun and relishing the spoils of his blossoming career. There’s very little space for contemplation, just quips of triumph, joy, excess and the usual formidable doses of threats.

There’s slightly more colour to Pa’s lyricism—effects of fame perhaps—but he can still be as blunt as ever, proof that he’s evolving without abandoning what brought him widespread attention in the first place. As a vocalist, he’s as compelling and inventive as ever, a rapper with a guttural voice who operates on the fly to exhilarating results. ‘Afrikan Rebel’ boldly expands the bounds of Pa Salieu’s skillset and musical concerns, a profound impact for a relatively low-stakes release.

ICYMI: NSG BRING THEIR SLICE OF AFRICA TO THE WORLD WITH NEW PROJECT, ‘ROOTS’