With an objective to connect and empower underrepresented communities towards a more equitable and diverse industry for all, shesaid.so is a global independent community made up of women from all areas of the music industry.

Founded as a passion project in 2014 by Andrea Magdalina, the global network of female professionals has only continued to expand and challenge the music industry’s outdated systematic framework along the way. Its Alternative Power 100 Music List is a daring response to the industry’s lack of inclusivity and has become a beacon of pride for many Black and ethnic-minority professionals in the industry.

Shesaid.so ‘s theme this year is “The New Creative Economy”, and it celebrates those who have chartered ways for independent creatives, thinkers, and entrepreneurs in the music industry to survive financially due to the negative impacts of the COVID-19 pandemic.

To ensure that the industry is represented in its entirety, shesaid.so have established special awards including ten brand new categories which cover a range of categories including music and sound creation, business and technology, artist management, marketing, communications, PR, and more. Alongside this, there are also a number of talented ambassadors from around the world specially chosen to represent each of these categories. Included this year are a number of African names such as Niks Delanancy, Ibrahim Kamara, and Shauni Caballero.

As nominations officially close today, we’ll be taking a closer look at the achievements and contributions of these three ambassadors to their respective industries.

Asides from being a DJ and radio station personality, NIKS is also a co-founder of Black Artist Database (B.A.D), a database formally recognised as Black Bandcamp. Founded in 2020 in the aftermath of the pandemic and a summer of racial reckoning, the community-based platform hosts a plethora of international Black-owned record labels, artists, producers and bands. On the platform, users can now search, filter and directly support these black creatives and artists via their online profiles. With all the issues and injustice in our world today, B.A.D recognises the need to make a difference in the lives of Black creatives and businesses. The B.A.D community keeps growing and growing and has already amassed over 3,500 Black-owned labels, artists, producers, bands and creatives in their database. 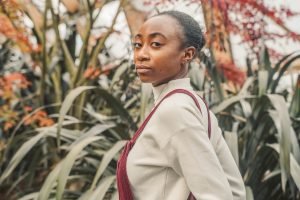 Ibrahim Kamara is one ambassador that needs no introduction. As the co-founder and Editor-in-Chief of GUAP magazine, the UK’s first-ever video magazine, Kamara has a long line of credentials in the game. Since meeting while in university, Kamara and his partner Deji Adentuji both believed they would follow the corporate route after school but things quickly changed for them. In the summer of their third year, they decided to pool some money together and try out a few business ideas, along with some friends. After many trials and errors along the way, GUAP Mag was formed in 2015 and has since actively sought to push and create diversity with new and fresh faces of talent and creativity to the forefront. Ibrahim always aims to use his art, creativity and platform to champion diversity and authenticity for young Black creatives like himself. 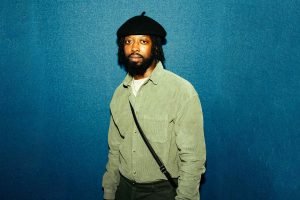 Shauni Caballero is the founder of the music publishing house named GO 2. She began her career many years ago when she worked for PRS and Universal Music, after which she decided to start her own agency. GO 2 was founded to redress a gap in the market for Black artists. In an interview with Music Week, Shauni explains her desire to educate people on all there is to know about royalties and publishing, making real change by spreading these teachings to the music communities in Jamaica and Nigeria and working closely with CMO’s in these countries to put together Infrastructure that ensure creatives are compensation for their work. 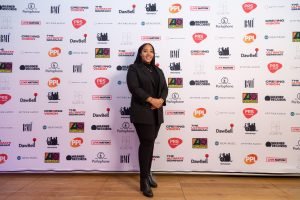 To find out more about how to make your nominations, check here.