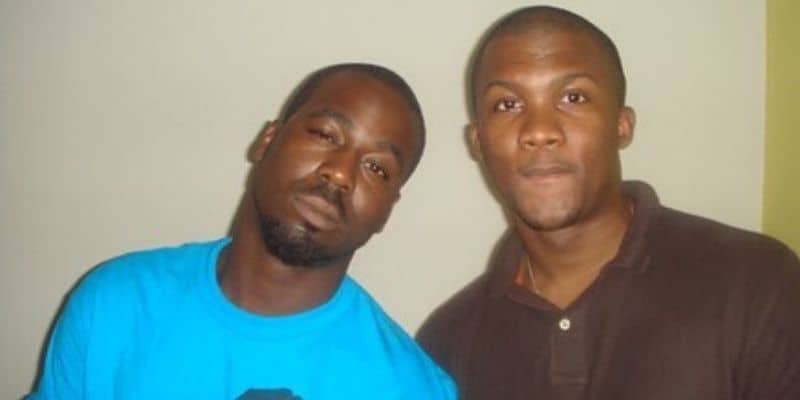 Rap Song of the Week: Show Dem Camp take a well-earned victory lap on “That Year”

A honest and joyous documentation of the valleys in their career

If you’ve been following the duo of Tec and Ghost since their debut album from 2011, ‘The Dreamer Project’, you’d know they took the scenic route to building up a reliable and supportive fan base, as well as their rep as pioneers and OGs. Last December, Show Dem Camp convened their annual concert series, Palmwine Festival, for the third time in a row, which is a huge feat for the pair.

Insider sources say SDC’s latest single, “That Year”, was initially recorded as far back as 2015, but the song clearly carries more weight being released in this reflective period for the whole world. Even though they already had three critically acclaimed projects and the seminal hit song, “Feel Alright”, Show Dem Camp was largely in hibernation mode circa 2015, and if “That Year” had dropped in that period, it would’ve been a proclamation of their resurgence.

Looking back now and considering how much they have achieved since effectively coming back with ‘Clone Wars, Vol. 3’ in December 2016 and ‘Palmwine Music’ in the summer of 2017, the song now comes across as an unbridled celebration of their trajectory since.

“That Year” is a well-deserved victory lap, which finds Tec and Ghost reminiscing about a special period in their lives when everyone else thought they were popping when they knew they really weren’t. It’s a documentation of the valleys in their career, but rather than get needlessly sentimental about it, they cherish the moments and the setbacks, while also sharing the lessons learned along the way. In the process, they are also immortalising close chappies and fallen friends who were integral to that period in their journeys.

With Sir Dauda’s bright and prayerful hook, and Ikon’s colourfully aggressive production, “That Year” pushes towards a transcendental edge. The song is emotional enough to get you in your feels if you actually sit and think about it for a minute, but is also boisterous enough for you to embrace the joy without question.

Watch the video for “That Year” here.