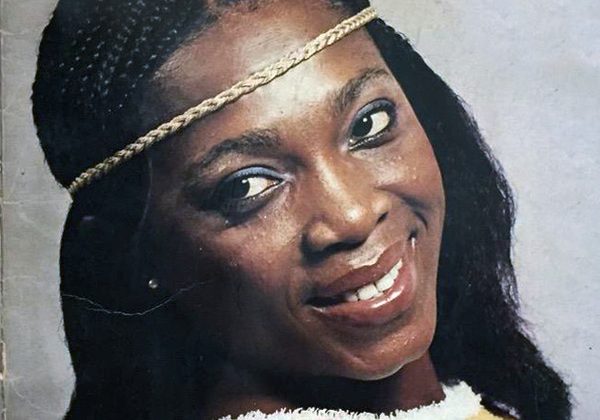 While Nigeria before colonialism and Independence had its own patriarchal structures, the introduction of Victorian-era values to the ‘colonies’ brought with it a paternalistic view of women that demanded they be seen and not heard. Prior to the arrival of the colonial government, existing social structures gave men and women their own social societies, each with considerable power over the communal government. Music was an integral part of these societies and when women were silenced through violent force like the Aba and Ikot-Abasi riots or through policies like arbitrary taxation, their societies were weakened.

By the time Nigeria gained Independence, only a handful of women held positions of power or influence in any field. But this didn’t mean that they were completely invisible. Women made the core of many of the bands and groups of pre-Independence Nigeria; they played instruments, managed group finances and handled image and costuming. The efforts of many of these women are lost to us mostly because it was expensive to record and document music in the 40’s – 80’s, and the labels and individuals, local and foreign, with the finances to record these women and document their careers were simply not interested.

But not all women from this era have been erased and a handful continue to perform music to this day.

The most prominent of the women from this era is multi-genre singer and instrumentalist, Mona Finnih. Credited with being the first Nigerian woman to lead a popular musical band, Mona Finnih began making music in the early 90’s but didn’t really come into her own until 1969 where she began The Sunflowers. Her band stood out for two reasons; first Mona recruited professional instrumentalists who already had an understanding of the sound she wanted to create. There was no experimenting, no teenagers just figuring their way around an instrument or trying out vocal work. Second, Mona was originally managed by Sunny Okogwu, brother to Maryam Babangida (nee Okogwu), the wife of former president Ibrahim Badamosi Babangida.

With Okogwu’s access and her proximity to such an important figure at the end of the Civil War, The Sunflowers had the talent and proximity to have grown a cult following. As with many groups from the era, they chose to create music and tour, rather than focus on burning vinyls. That would prove to be a misstep as an accident during their tour of Northern Nigeria would lead to the loss of The Sunflowers expensive equipment.

Concerned by the accident Finnih would be shipped abroad to study and would return a decade later, as a jazz singer. Finnih is still active today, though her focus is almost entirely on gospel.

The LIjadu Sisters however have had no such change of heart. In an interview given in 2014, both sisters talk about still making music that reflects their feminist values, their love for afro-fusion and their place in an industry that seems to suffer from retrograde Amnesia. Building on the foundation created by Mona Finnih and the commercial success of singer Nelly Uchendu, The Lijadu sisters breakout hit Danger, released in 1976 would catapult them into international stardom and lead to tours around the United Kingdom. It would also make the first female exports out of Nigeria with no male retinue or male bandmates. The self-awareness and sass of the Lijadu sisters continue to inspire young Nigerian women across all creative disciplines as their music continues to fascinate four decades after it was made.

But not all the women from that era were fascinating in conventional ways. Take for instance Area Scatter, an itinerant musician from Imo state who became so famous, her name has long since become a part of Nigerian colloquial English. With one album to her name and adoring fans that included Igbo royalty, her success becomes even more of an anomaly because she was openly trans and accepted for her duality, long before Nigerian feminists on and off Twitter would publicly advocate for the inclusion of all kinds of women into the discourse around acceptance and opportunity. It is a shame we know very little of Area Scatter herself, other than her music and a short documentary that perpetuates itself, challenging many of the myths around women and sexual minorities in music in the 60’s and 70’s.

Women from this era are erased in other ways; the female musicians and performers of the Fela Afrika 70 and Egypt 80 bands were as much a part of his mystique as they were instrumental to his success. Their contribution to the man who is arguably the country’s most famous musician is often reduced to bit roles in his politically charged mass marriage. Their contributions to his composition and music, both as performers and muses are erased, and they merely become footnotes in his success. Plays like the Kalakuta Queens created by Bolanle Austen Peters is trying to correct this, but it is only a small drop in what is an ocean of erasure.

Not much has changed in the industry, female musicians are still pitted against each other and tokenist representation forces many talented women to either align themselves with male musicians or drop out altogether for fear of sexual harassment. There is much to discuss and much to change.