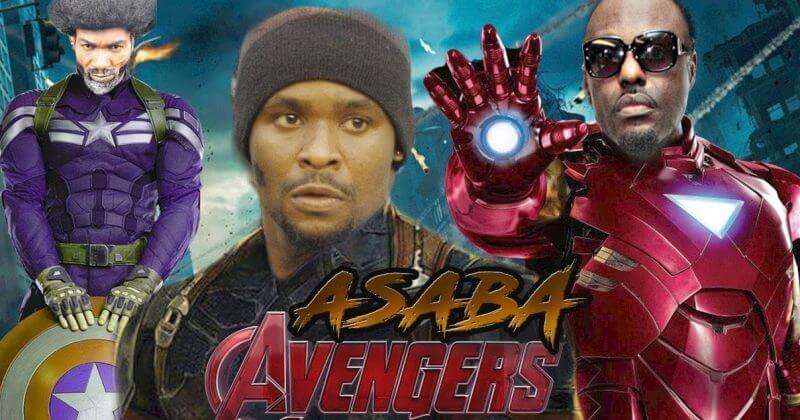 Nigerians are the real monarch when it comes to memeing. Our natural propensity to laugh at literally anything coupled with our hyperbolic overdramatic inclination equips us with the skill to generate the funniest short clips, to source the most humorous snippets and to re-difne even the most innocent of videos as memes. You must remember that in 2003, Nigerians were crowned the happiest country people in the world, our nation also labelled the ‘Happiest Place on Earth’ by The Guardian in 2011. Though we’ve now dropped to 91st happiest country (5th out of Africa’s 54 countries) ours is still an incredibly jovial society – one need only look at Nigerian Twitter to appreciate that.

agberos to Captain Marvel when she defeats a supervillain:pic.twitter.com/ih3szn4H1I https://t.co/NnmoZMHmM0

But our humour is set to a backdrop of political instability, financial insecurity, civil unrest and innumerable social injustices. Everyone, including us Nigerians, can agree that there is very little to laugh about here – our problems are grave – however, we always find a way to make light of our country’s dire straits. According to Ebenezer Obadare, who writes a compelling journal article, titled, ‘The Uses Of Ridicule: Humour, ‘Infrapolitics’ and Civil Society in Nigeria‘, our humour might not be in spite of our country, it is likely that our dedication to laughing at Nigeria stems from Nigeria’s issues themselves; he writes:  “laughter serves a variety of functions for the oppressed African subject – as ‘vengeance’, ‘coping mechanism’, a ‘means of escape’, ‘subversion’, not to mention as a means of ‘resistance’“.

Back in April, when the lockdown was replaced by a countrywide curfew, memes flooded the streets mocking our government’s decision, which seemed to suggest that COVID-19 only came out at night. This response was a sort of coping mechanism for our fear, and a means to escape the unsettling reality of the fast-rising COVID-19 numbers that the NCDC reported daily, especially worrying considering our notoriously inadequate healthcare system. A few days ago too, Twitter users used humour as a means of vengeance in a way, rallying against former Minister Femi Fani-Kayode, who erupted into a violent verbal attack on a journalist who asked a question that offended him.

From political cartoons, to internet memes, “jokes have always been iconic tools in the hands of society’s subalterns, used to caricature those in power, subvert authority, and, in some instances, empower themselves,” says Obadare. The latest way in which we, the largely powerless laypeople of Nigeria, are raging against the system is by imagining how (in)effective superheroes would be in our hardly-functioning society. Innocent as the initial prompt was, asking “if superheroes were in Nigeria“, the hilarious responses – that highlight our infrastructural issues, or make jest at our customs or even humorously depict the social issues that are rife in Nigeria – illustrate the little positivity we have surrounding Nigerian affairs but how willing we are to laugh right through the pain.

Look through the quote tweets and replies via the respective hyperlinks, and check out our favourite memes below:

Wonder woman when they tap her booty at yaba market. https://t.co/OeL7xjEnGD pic.twitter.com/j782LdHWaS

Hulk, when bus conductor no gree give am complete change pic.twitter.com/COkwiNvHvX https://t.co/vNUSbY1CTW

Spiderman after catching criminals and next day the police releases them. https://t.co/RhA7bp4EXI pic.twitter.com/zEreEG9Vs3

Batman after training vs Batman after 1 week of Olaiya Amala. https://t.co/XhfH5YiIrC pic.twitter.com/bi05ggkBCd

Thanos after discovering all the infinity stones on him are from Aba… https://t.co/d6LZlH4iNT pic.twitter.com/ZoWtW7dePE

Ant man when he arrives to save a family and they spay him ota pia pia https://t.co/73hUGEUlMS pic.twitter.com/WHbHFh1Jl3

Spiderman when 1 million boys show up with broom to a web fight https://t.co/vR49jtiA2z pic.twitter.com/g6O7SM01T7

Aquaman trying to explain to people that he’s not mami water https://t.co/wP6QYRtHB6 pic.twitter.com/l9LWpGMVsO

batman thinking of running back to gotham after he realizes he cannot handle ph boys https://t.co/zfHtnOFkB4 pic.twitter.com/GAGVnqsb4p

Next Article Songs of the day: New music from Yemi Alade, Jess ETA and SGaWD, Ruhdee and Bella Shmurda and more