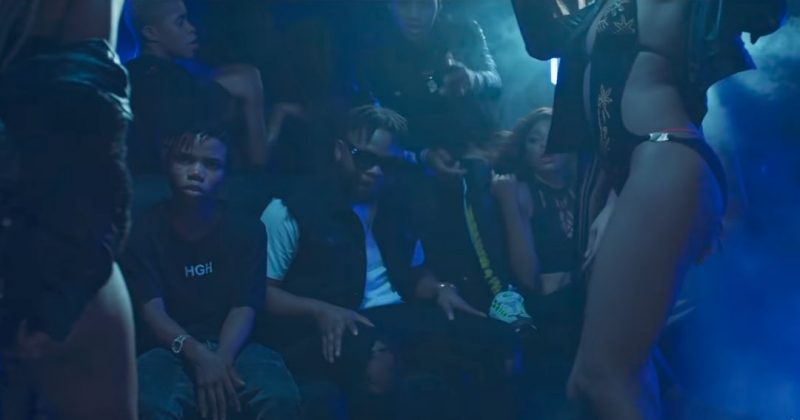 Yomi Blaze and Picazzo are living the Nigerian dream in their new music videos, “Ika” and “Macaroni”

The latest additions to Olamide’s YBNL label, Picazzo and Yomi Blaze, are the 21st-century Nigerian dream. Their rags-to-riches story is a product of living the creative life on social media, the answer to the question of how to be famous in the modern age. In less than 3 months, they have gone from unlikely internet sensations to superstars after sharing their “Able God” freestyle on Instagram and Twitter back. Twitter as they say ‘Did it’s a thing’ and connected them with their audience, which as it turns out is almost everyone in the western part of Nigeria.

A few days after going viral with their video clip, both artists were were signed to Olamide’s YBNL label. And just a couple weeks after that, featured on YBNL Mafia’s debut single, “Juju Guns and Rose” before going on to have their singles feature on the YBNL MaFia’s ‘YBNL MaFia Family’ album, released shortly after. But the dream doesn’t end there. Yomi Blaze and Picazzo have released his debut music videos, “Ika” and “Macaroni” respectively, giving a more graphic depiction of what the Nigerian dream is for young Nigerians.

Though both rappers were barely famous a few months ago, they’ve wasted no time being tame as their videos explore the limits of their outlandish imaginations. While Yomi Blaze takes the rough and edgy car drifting course with his “Ika” music video, Picazzo takes the bad boy rapper route, filling his video for “Macaroni” with sexy models, shaking everything.

Unlike Big Shaq and the recent “Different Ye” singer, Osh, Yomi Blaze and Picazzo aren’t taking the satirical direction that most internet sensations turn musicians go. Instead, they upped the ante with their edgy imagery matching the intensity they brought on their freestyles and subsequent songs released since. Yomi Blaze’s camouflage jacket help cast a menacing look on his rap competition while Picazzo Rhaps is seen in a fur coat that validates the pimp persona he portrays in his raps. Both artists have kicked off their rapper careers and now have music videos featuring Olamide to authenticates the persona they depict in their songs.

Next Article Teni shares new single, “Christmas is Here”, a tribute to the festive season