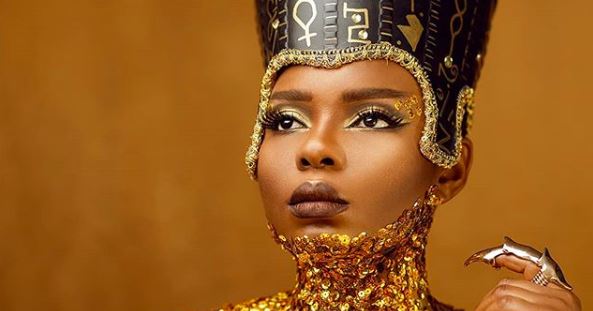 Yemi Alade has retained an impressive command of media attention since her ‘King of Queens’ debut in 2014, following up with critically acclaimed albums, ‘Mama Africa’ and ‘Black Magic’ in 2016 and 2017 respectively. She has since kept fans entertained with new releases, putting out new songs and making guest appearances such as her feature on Beyonce’s ‘Lion King: The Gift’ album to ensure she remains in relevant music conversations. Having debuted her Rick Ross assisted “Oh My Gosh Remix” earlier this year, she’s finally making the big announcement for her 4th studio album, ‘Woman of Steel’, expected to be released on the 30th of August.

She premiered two new tracks, “Home” and “Give Dem” ahead of the album’s release, hinting at the sonic direction the project could take. Vtek produces the live band beat for “Home”, adding the feel of listening to church music with Yemi Alade laying her vocals like backup singers as she sings her appreciation for her lover. “Give Dem” takes a more showy direction with the boastful lyrics Yemi Alade performs over the mid-tempo beat Krizbeatz produces. The releases come packaged along with the cover art for ‘Woman of Steel’ and the 15-track tracklist which includes the previously released “Oh My Gosh Remix” with Rick Ross and other guest artists like Duncan Mighty, Angelique Kidjo and Funke Akindele.

Listen to “Home” and “Give Dem” off Yemi Alade’s ‘Woman of Steel’ below.