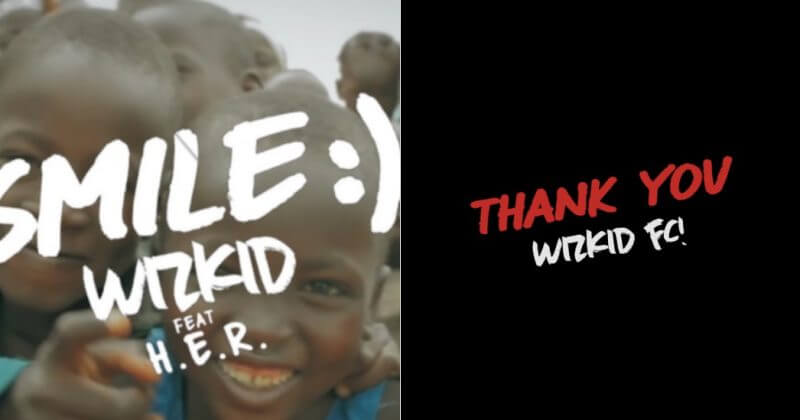 The long-awaited album Made in Lagos could be arriving any day now or at least that’s what Wizkid would like us to believe despite how long we’ve been waiting. So it’s fair if any member of Wizkid FC (this writer included) has some trust issues towards the Starboy currently.

Well, we can’t really stay mad at the G.O.A.T for too long, as Wizkid is satiating fans with the newly-released lyric video for his latest single “Smile” featuring H.E.R, presumably in hopes that this will whet their appetites for the project that is to follow. The video which was released today features varying clips of Starboy FC fans around the world singing, performing and dancing the lyrics to “Smile” while with their loved ones. The lyrics are displayed at the bottom of the screen, each line made to feature as a comment on an Instagram live, very fitting for the current times where we’re mostly connected through our screens.

As the song’s vibrant horns and trumpets fade out and the last of the beaming smiles disappear, the words “Thank You Wizkid FC” appear on a dark screen closing out the incredibly heartwarming video. Whether you choose to forgive him or not, Wizkid has all his fans in his mind, and Made In Lagos could very well be more than worth the wait. Watch this space.

Watch the video for “Smile” below.

ICYMI: Wizkid announces ‘Made in Lagos’ release date but people have trust issues