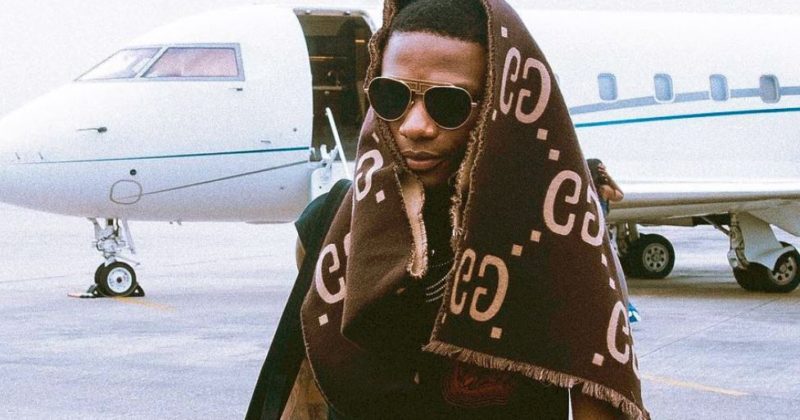 Late last night, Wizkid announced that the long-awaited Made In Lagos is ready and to be released this month on July 16. Describing the imminent release as the “best [he’s] ever made” via his Instagram story, Wizkid went on to gush about how amazing he feels to be so close to dropping something so good, going on to give thanks to all his collaborators for helping him bring this number together.

With thanks going to P2J, Ella Mai, H.E.R, Juls, Tems, Burna Boy, Tay Iwar and Projexx (whose joint credit suggests they’re both featured on the same track), Skepta, Terri, Blaqjerzee, London (who he collaborated with on StarBoy’s 2019 EP Soundman EP), Sarz, Kel P, Mut4y, and Sunday Are, Tunji and Jada Pollock on the management end, it seems there is no doubt that Wizkid has got a full-length project to die for, but the news isn’t being received with unequivocal excitement as you would expect from this hotly anticipated project.

The thing is, we’ve heard it all before, and multiple times too. It’s hard to trace just how far back Wizkid has been teasing the all-important album, but as early as February 2018 Wizkid has had fans anticipating #MadeInLagos. And since then, we’ve had a slew false starts, including a similar roll of IG stories thanking (retained) collaborators such as Damian Marley, Burna Boy and Sarz.

Back in 2018, we were told to Made In Lagos on October 1 in a series of now-deleted tweets, but instead were gifted the double release, “Fever” and “Master Groove”. A few month later, March 20 2019, Wizkid hosted an Instagram live session, teasing records from the album and revealing collaborations with Teni, Shaydee, Chinko Ekun and more, a strategic move that got fans hoping for a swift arrival of the much-anticipated album. Though five months can’t really be characterised as swift in this fast-paced digital music industry, in August 2019 fans and industry insiders alike were in no doubt that the moment was finally upon us, as Wizkid teamed up with Cîroc for his album activation party at Moist Beach Club (evidence of which is nowhere to be found), also gifting top media personalities a customised Made In Lagos Cîroc tall.

Rumoured to have skipped the party altogether, it is no surprise that Friday 23rd of August came and went without even a peep from the elusive superstar. Following that false start came the release of “Joro” and “Ghetto Love” and subsequently Wizkid’s debut project under his StarBoy imprint (another project which we’d been waiting a while for), Soundman Vol.1.

Given how many times we’ve been promised Made In Lagos and how many times fans have been let down, when news of the album being “finally done” came in February this year, fans were already questioning the authenticity of such claims, even though they came from Wizkid himself. Reactions were much the same yesterday evening following Wiz’s latest announcement of Made In Lagos‘ ‘imminent’ arrival. Even with a release date just two weeks away to cling on to, fans really aren’t convinced of anything. I mean, we’re hoping to be proven wrong but with a track record like this one, it’s understandable why the people have got trust issues.

From proverbial teachings of patience to understandable claims of 419, here are some of the reactions fans are having to today’s iteration of ‘Made In Lagos Dropping Soon‘

Not you guys getting gassed about Wiz announcing the album, like this ain’t the 419th time. Me rn pic.twitter.com/QQEArtaSJT

Wizkid can type all this and not talk about the album again until zion enters uni https://t.co/sa56PDRSPc

I’m not believing Wiz till I see the album in my library, once bitten 146 times shy.

The room where wizkid kept the yellow hard drive containing Made in Lagos. 🤣🙄 pic.twitter.com/OlNOFUgP0B

I hope it’s really ready this time. Most anticipated album in the world

Made In Lagos. Expect madness

*opens back end*
[new post]
Title: Wizkid is lying and people are buying

Next Article Songs of the Day: New music releases from Burna Boy, Rvdical the Kid, Ibeji and more