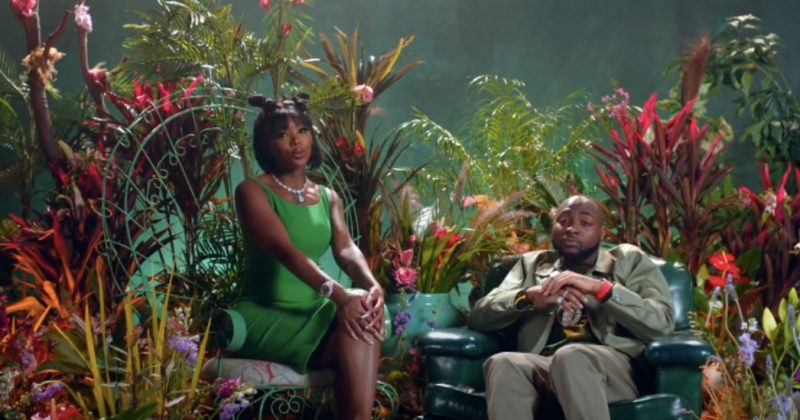 Watch Davido, Summer Walker & London On The Track in the flossy video for ‘D & G’

Last year when Davido finally dropped his sophomore album, ‘A Good Time’, it was a crowning moment in the career of a young legend. With club-ready anthems like the Naira Marley and Zlatan-assisted “Sweet In The Middle” sure to get airplay, it was a pleasant surprise to see “D & G”, the moody collaboration with Summer Walker and London On The Track, become a fan favourite.

On the track, Davido in his usual manner marries his love for women and luxury, saying that when his lover looks into his eyes, all she sees is luxury brands including Dolce & Gabbanna. For the DAPS-directed video shot in Los Angeles, we see Davido, Summer Walker and the song’s producer, London On The Track clad head to toe in the designers they sing about , making the best of their time.

Davido is seen serenading a love interest as they grab a meal, before the pair join the rest of Davido’s posse on the basketball court. Summer and London also put their love on full display, as she sings directly to him while delivering her verse. The song’s romantic subject matter is definitely brought to life in the video, which makes it even more enjoyable to listen to.