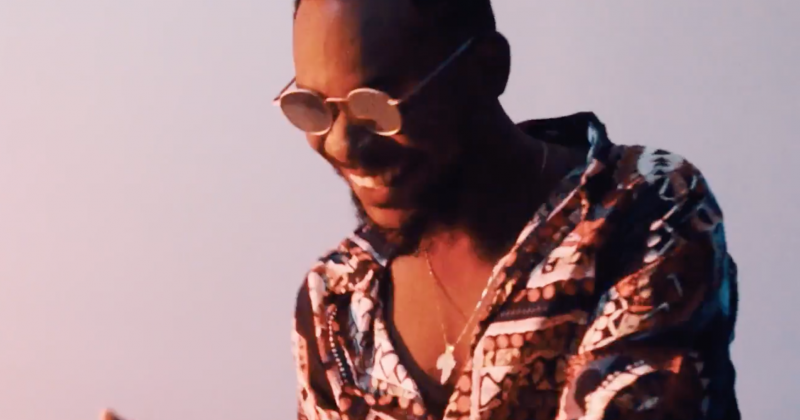 Adekunle Gold has always known the path he wants to thread on without ever swaying. This way, a typical Adekunle gold music video is a tad vintage-y, his songs even when crafted lyrically in English, are highlighted with Yoruba cadences or phrases. An interview on EbonylifeTv’s The Spot 2 years ago brings to mind an Adekunle who recalls how he had painfully loathed the the opinion that his music and voice sound better in Yoruba than English. He felt offended. But rather than fighting it, Adekunle sought to embrace it and transcend it through his music. He has since released some of his song’s verses in Yoruba, a la “Orente” and “Pick up”. But he crafts mostly in English on “Call On Me”, his second official single of the year, which he now releases an official video to.

Directed by Moyo Oyeola and Peter Longno, the clip for “Call On Me” finds Adekunle Gold in search of a lady he’s found at a cafe. The video is pretty simple but enhanced by high definition shots of a vintage-esque setting that’s criss-crossed with creative shots framed with shadow lines of Adekunle singing. Everything comes together in full to give a breezy summer feel as a quintessential Adekunle adorns his printed wears and eventually finds the lady that previously caught his attention at a party in the video’s end.

Take a moment to watch Adekunle Gold’s video for “Call On Me” below.

Adekunle Gold is summer banger compliant on “Call on me”