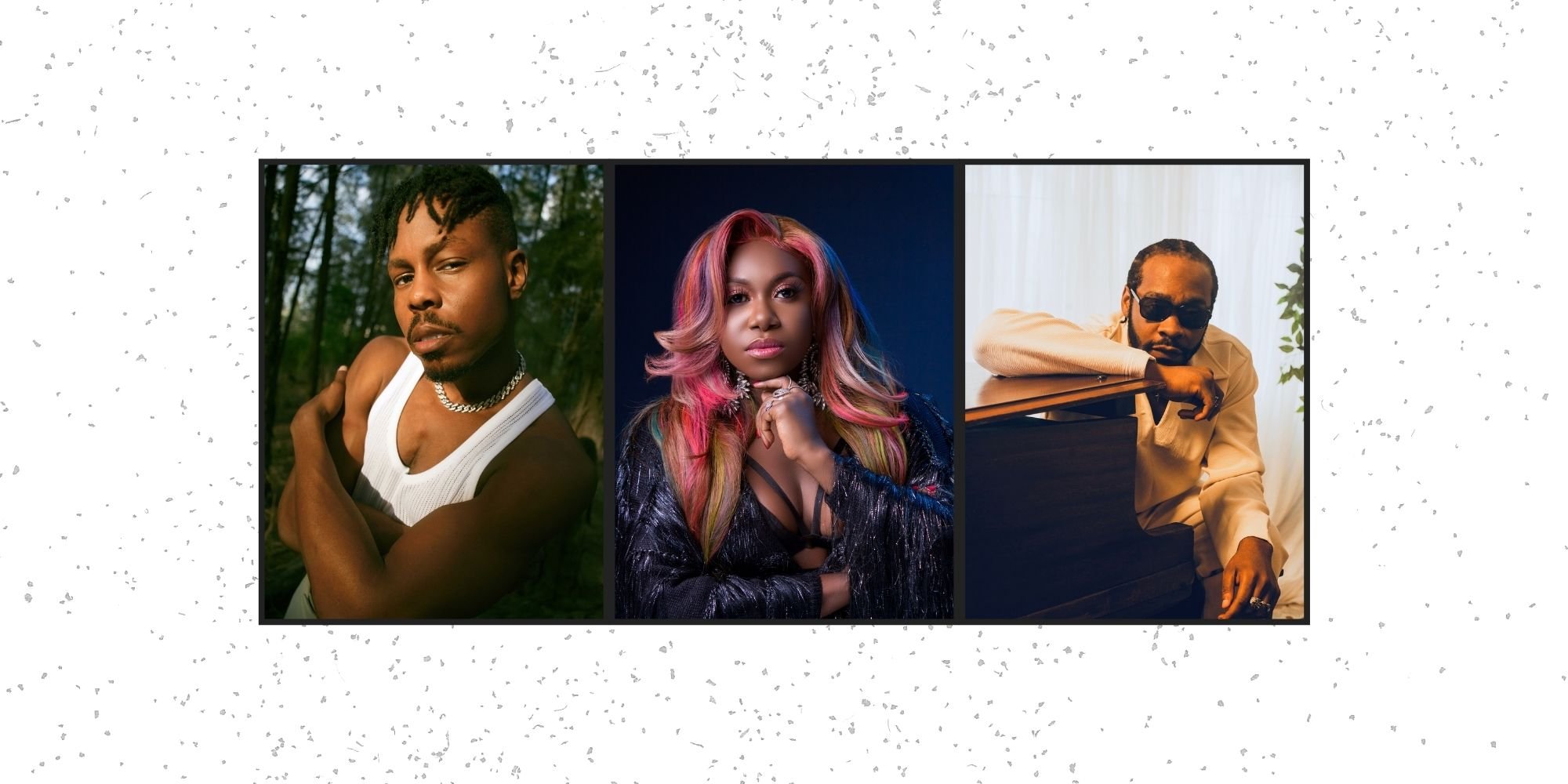 New songs you need to listen to!

That’s where our Songs of the Day column comes in. We’re doing the work to stay on pulse with all the music coming out from across the continent and beyond, bringing you exciting songs of tomorrow: today. Last time out, we had exciting music from Banky W, Omah Lay, and Phyno amongst others. Today, we’re bringing you new music from Peruzzi, Niniola, Blaq Jerzee, and more. Tap in.

Following the release of his latest project ‘Providence’, Mavins rapper, Ladipoe has just updated the Fireboy DML-assisted single “Running” with brand new visuals. Directed by Prior Gold Pictures, the video is reflective of the duo’s growth captured in a stylish way, revisiting scenes from LADIPOE’s “Jaiye” & Fireboy’s breakthrough track, “Jealous”. The earworm track combines the pair’s strong writing ability and knack for melodies.

In the span of 15 months, Niniola has gone through a series of creative phases that have displayed different parts of her creative process. On ‘Colour and Sound,’ her 2020 sophomore album, she crafted signature hypervivid Afro-house anthem with strong influences from Afropop and EDM while ‘6th Heaven’ saw her crooning melodiously over R&B-influenced instrumental.

Her latest body of work, the four-track ‘Lagos to Jozi’ E.P. tracks her fascination with the hypnotic sounds of South African House with a dash of Amapiano. On “Dig Dig” with GuiltyBeatz, she is in superb form, melding the confessional writing of her ‘6th Heaven’  tape with the deep grooves of House music.

Earlier this year, WANI kicked off the rollout for his sophomore project ‘Lagos City Vice II’ with the release of the Buju-assisted “Times Two.” He recently followed this up with the mid-tempo number “Jailer” which found him showering a love interest with affection. Now, he’s just released the Nosachi-directed finds the singer performing his catchy verse while being egged on by a beautiful woman. If this is any indication on what’s to come on the project, we’re more than ready for WANI SZN.

Ahead of the release of his debut extended play, ‘Element,’ rapper and singer, Pheropizzle released a single titled “Only You” today. Drawing from Drill and Grime influences, Pheropizzle’s deep vocals is perfect for the Afropop-meets-rap style of the track where he sings about being enamored by a love interest. Pheropizzle is confident of his charm, insisting that only he can hold his lover’s heart and waist.

Last year, Moore introduced listeners to his breezy style on his EP titled ‘Moore Or Less‘. On his latest single, “Too Soft,” the singer talks up the perks of the soft life and his determination to walk that path over an Amapiano-influenced world. In Moore’s world, drama is non-existent and he lives for the thrill of life. “And If you love me, say you love me ‘cos life is short,” he confidently utters in the opening stretch of the song.

After the success of his last single, “Breeze,” released in September, Dutch-Ghanaian rapper, Kay Slice, has returned with a new single titled “Slice M Go.” Deftly melding Afropop influences with Hip-Hop, he talks about taking whatever negativity and unbelief life throws at us, and turning it into a tool for positivity and self-confidence. As Kay Slice explains, “it’s about the underdog who found a way to turn negativity into fuel to rise.”

Following the recent video release for “These Days,” their collaboration with Ghanaian artist, Kirani Ayat, Berlin-based production duo, Re.Decay, have teamed up with Sierra Leone-hailing vocalist Wifty Bangura and the NYC-based artist ADH for a song titled “Check The Vibe.” Spearheaded by Wifty, “Check The Vibe” displays the singer’s impressive range from masterfully stacked harmonies to a punchy rap verse. Her crisp delivery is complimented by smooth bars from ADH as they fuse together to form a song about being on the same wavelength with like minds.

Last year, Peruzzi released his sophomore album, ‘Rum & Boogie,’ splitting the project’s runtime between the emotional toil of navigating life as a young man and trying to live up to the fast life. On his latest song, “Sweetah,” the singer leans into his expressive side, buttering up a love interest while sharing details about the effect she has on him. The best Peruzzi tracks have found in him the expanse between romanticism and wispy emotiveness, and on “Sweetah,” he finds the perfect nexus between both emotions.

PayBac Iboro has always been a master of crafting narratives, his last project, 2020’s ‘Cult!’ was a conceptual look at the ills and failures of modern Nigeria. On his latest song, “Bury Me For Cold,” he leans into fluid melodies to express his desire to be perceived as an influential figure in tandem with Alpha Ojini and Ozone.

Zimbabwean-born, Birmingham-raised singer and producer, SIPHO. has a voice of gold. With a background making music in the church, the sweet-voiced singer blends a range of sounds and genres to his will, with a charisma that permeates off our screens. His recently released single “Beady Eyes,” is a futuristic love song that finds the singer disguising melancholic lyrics over high-spirited productions. “Let go, I won’t cry for you,” he sings over the song’s catchy hook, addressing a lost love who can no longer hold unto.

In the last few years, Kizz Ernie has established himself as an intriguing artist with an amorphous sonic bearing, blending Trap, Afropop and R&B. He continues that exploration on his new single, “Get Bread,” a candy-sweet banger about stacking his paper and keeping it moving. He’s joined by Psycho YP, and together they whip their way through a beat with fluttering flutes and groovy 808 bass. The accompanying music video is equally fun, showing both rappers performing their set with effortless animation and zero hassles.