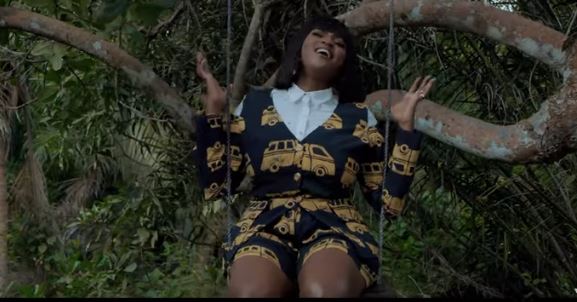 Late last year, Afropop singer Waje released her sophomore album, ‘Red Velvet’, an impressive comeback five years after her eponymous debut. Since then, she’s collaborated with close friend Omawumi on “She Is”, and featured on 2Baba’s “Frenemies”. With the singer set to headline a Lagos concert on September 1st, she’s just released the music video for “Udue”, a standout cut with Mavin Singer Johnny Drille, off her album.

Mixing groovy, mid-tempo percussions, folksy guitar riffs, and aerosol horn blasts, Johnny Drille lays down a lush ambience for Waje’s romantic set, amplified by her siren vocals and soaring melodies, to slink into. Although Johnny Drille only performs a quick bridge, he plays a prominent role in the music video for “Udue”, starring in lovey-dovey frames, with Waje’s daughter Emerald Iruobe playing the role of his love interest. Set at a getaway location, shots of Waje, tastefully styled and passionately performing her lyrics, are also scattered around the video Catalyst directs.

Next Article Tekno speaks against the shortcomings of the government on new single, “Better”