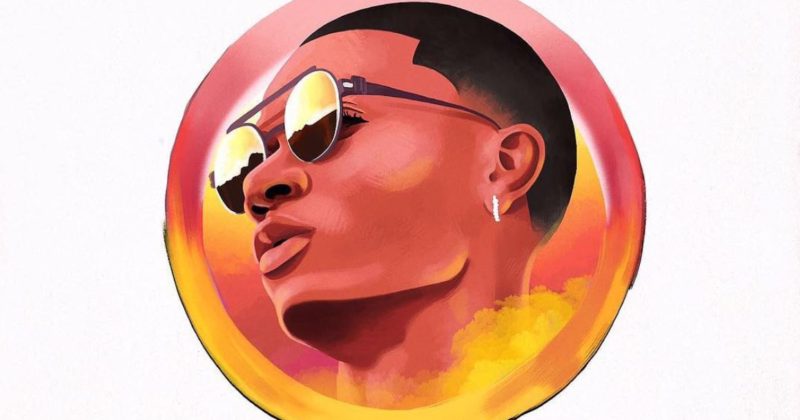 Since Drake’s “Ojuelegba” remix, we’ve anticipated what shape Wizkid’s third studio album would take. His RCA imprint deal made the release even more attractive and after “Daddy Yo” was released at the end of last year, we were ready to settle for his promised album, Sounds From The Other Side even though the title clearly suggests it may not be intended for Nigerian audience. Regardless, the releases from the album have gotten mixed reactions from Nigerian fans who wonder if the Starboy can really pull off  a global campaign. But none of the released singles have received the amount of blatant disapproval his proposed album cover is getting on twitter.

Earlier today, Wizkid shared the first look at his album cover on Instagram. While Wizkid fans have rallied around Daddy Yo tweeting praises, some “Industry expert” have declared the cover art a failure and perhaps a sign that RCA isn’t paying a lot of attention to how the Starboy is represented.

Your MCM'S album cover reminds me of the image on Cabin biscuit. pic.twitter.com/JiGKcp3tfJ

Someone come and save this pls 😪 https://t.co/Fc1LLGM9gE

How can this be the official artwork for one of the most anticipated albums of 2017. Something an intern did with CoredlDraw??? pic.twitter.com/zksxpL568S

When you either don't want to pay for proper art direction or your label doesn't give a damn about you. pic.twitter.com/VfKVFHGkuY

The non- wizkid fans are the ones bothered by this art cover
we, the fans don't give a damn. The music will speak #SFTOS

It’s still not quite clear why some parts of the internet don’t like the art. Thematically however, the cover art fits the motif of African barber shop graffiti as seen in a tweet below.

If Wizkid is truly following through with the ‘Bringing Africa to world’ narrative he has repeated consistently in his press rounds for the album, then some of this makes sense. More so, while criticisms have poured in from different ends on the internet, there are no pointers to why  Wizkid’s animated cover is unacceptable. Surprisingly, even Wizkid poked fun at the art with a wry joke about how it should replace a similarly conceptualised art on Nigeria’s beloved Oxford Cabin Biscuit.

Next Article Essentials: Flavour’s ‘Ijele – The Traveler’ should scare your favorite Afropop artists